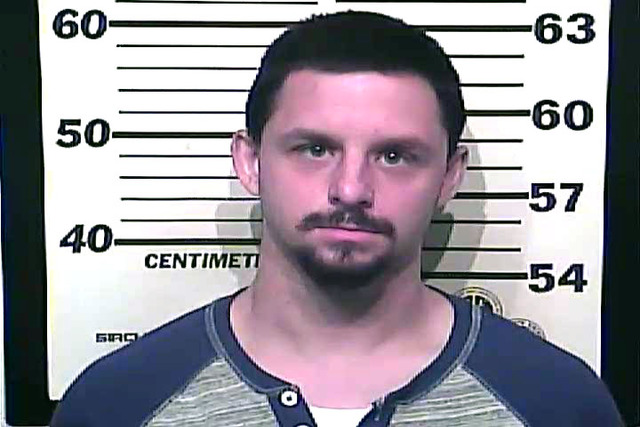 A Troup County grand jury Thursday indicted a LaGrange man for the murder of a Franklin man.

Christopher S. Rice, 20, of Greenville Street, is charged with one count of malice murder in the March 20 stabbing death of Jerry L. Folds, 39, at a hunting club in the 3100 block of Hammett Road in northern Troup County, according to court records unsealed today.

A friend reported Folds missing prior to his body’s discovery, according to the sheriff’s office. The Franklin Police Department asked Troup deputies to go to the Hammett Road hunting club to check on Folds’ safety.

Deputies found Folds’ body near a cabin on the property, according to the sheriff’s office. He had been repeatedly stabbed and cut with a razor knife, according to Thursday’s indictment.

In another indictment, the grand jury indicted a LaGrange mother with two counts of homicide by vehicle, two counts of driving under the influence of alcohol and one count of failing to use a seat belt for an October car wreck that killed her daughter.

Marsha Lindsay, 37, of LaGrange, was driving on West Point Road shortly before 2 a.m. Oct. 2 when she lost control of her Lexus ES330, according to a GSP crash report, and crashed, resulting in the death of her daughter, Megan Lindsay, 14.

Lindsay was allegedly driving under the influence of alcohol with a blood alcohol level of 0.08 or more grams when the wreck occurred, according to the indictment. The legal limit for DUI is 0.08 grams, or percent, blood alcohol content.

The GSP crash report states Lindsay veered outside her lane, clipped a mailbox, apparently over-corrected and fishtailed into a ditch, flipping the car several times before it landed upside down.

At the scene of the accident, Lindsay told law enforcement officers that her daughter was in the process of climbing from the back seat to the front seat when the crash occurred, the crash report states. Lindsay apparently was alarmed by her daughter and thought there was a deer in the road. She “snatched the wheel and slammed on the brakes,” the report reads.

Megan Lindsay was thrown from the vehicle and suffered life-threatening injuries. She was flown to the Henrietta Egleston Hospital for Children in Atlanta, where she passed away Oct. 8.

In Georgia, a person is guilty of homicide by vehicle if he or she, without malice, forethought or intention, causes the death of another person by vehicle. A first-degree charge is a felony and applies when the death occurs while meeting or overtaking a school bus, or if the driver is reckless, intoxicated or fleeing police, according to Georgia law.