He’s ready for a new challenge 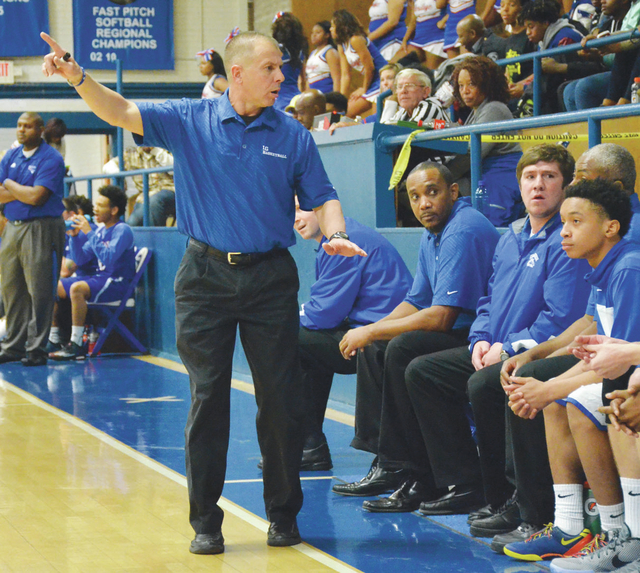 It has been two decades since someone other than Mike Pauley was the head coach of the LaGrange High boys’ basketball team.

That will change next season.

Pauley, who wrapped up his 20th season as the Grangers’ head coach in February, is staying at the school, but he’ll be in a new position.

Pauley, who was also the head cheerleading coach and an assistant coach on the tennis team, has been tabbed to be the school’s new athletic director.

Jamie Schmitt occupied that position for the past two school years, and his departure left a void, and Pauley was asked to fill it.

“When Jamie decided to do something different, it kind of opened up a door for a conversation that I didn’t know that was going to happen after this past year,” Pauley said. “I really thought this conversation might happen in three or four years.”

Pauley figured the time was right.

He’s accomplished so much as a head coach, and for the past few years, he was able to coach his daughter Emily on the cheerleading team, which was something he really wanted to do.

He thought about it, prayed about it, and decided to make the move, and now he’ll get to work.

There are numerous coaching openings at the school, and Pauley will begin looking to fill them.

“We’re in the process of trying to get a baseball coach, we’re trying to find a trainer,” Pauley said. “We’re going to be looking for a girls’ soccer coach, we’ve got to replace me as a cheerleading coach, a tennis coach. We’ve got a golf coach position we’ve got to fill, a swim position.”

There is also a boys’ basketball coaching position to fill.

While it isn’t official yet, Mark Veal, Pauley’s long-time assistant, is likely going to be taking over the program.

“Mark and are still going to be working together to try to have a great basketball program,” Pauley said.

Pauley, a 1984 graduate of LaGrange High, took over the boys’ program in 1995, and he has enjoyed tremendous success over the years.

Pauley’s teams have won numerous region championships and made a handful of deep runs in the state tournament, and he guided the 2009-2010 team to the state-championship game where it lost to Columbia High.

Many of the players responsible for the success last season, including Region 1-AAAAA player of the year Derieko Smith, will be back for the 2015-2016 season.

“Right now, the program is as healthy as it’s ever been, which makes me feel very good about turning it over to a staff that’s very worthy and will do a great job,” Pauley said.