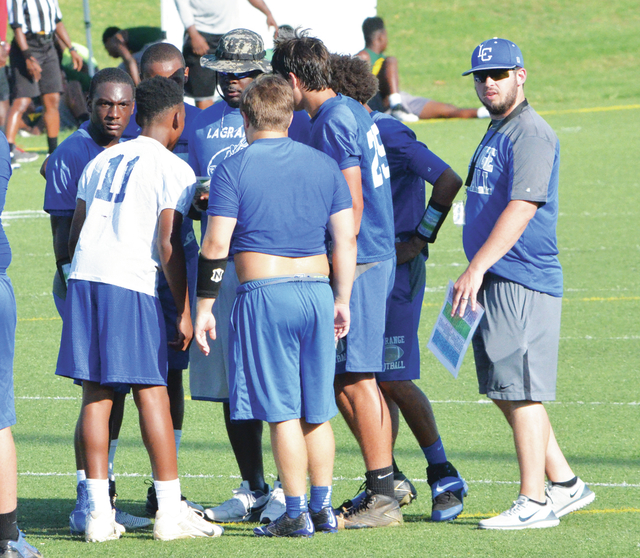 One week each year is set aside by the Georgia High School Association as the so-called “dead week,” and that week has begun.

According to the GHSA, sports teams in the state aren’t allowed to hold organized activities the week of July 4th.

That means no football practices or workouts, no basketball games, no soccer matches, or anything else this week.

Athletes in the different sports are obviously allowed to work out on their own, but it can’t be an organized activity.

For the local football teams, the dead week interrupts what has been a busy summer that has included seven-on-seven competitions, camps, and daily workouts at the respective schools.

The summer is a crucial time since a new season is now less than two months away, but Callaway head coach Pete Wiggins said the time off is welcome.

“It comes at a good time,” Wiggins said. “The kids have worked hard. I think they need a little time off and rest, as do the coaches. When we come back, it’ll be non-stop for a long time.”

Tanner Glisson, who is in his first season as Troup’s head coach, said the players will get some well-deserved rest, although he and the other coaches will still be working.

“It’s off time for the players,” Glisson said. “Now us coaches, we still have a lot to do. We’ll kind of be in and out of the office next week. But we’re giving the kids some time off, because they won’t get much after that.”

After the Callaway, LaGrange and Troup players return from the off week, they’ll resume their summer schedules, and the start of preseason practice will be coming up later in July.

The season is set to get under way on Aug. 21 when LaGrange and Callaway face off.

There won’t be any games this week, and league play will resume on July 7 and continue through July 25.