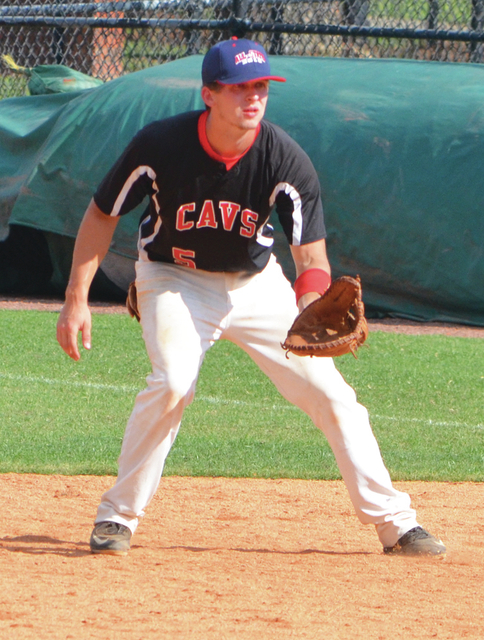 He wasn’t expecting to pitch.

As Cody Mimbs headed to Columbus for a Georgia Dugout Club all-star baseball event after he finished his senior season with the Callaway Cavaliers, he figured he would play in the field and get some at-bats.

“When we went to the all-star thing, I wasn’t going down there for pitching,” Mimbs said. “I was just going to play first and hit.”

Since the team Mimbs was playing for had to play four games in two days, the coaches asked him if he wouldn’t mind spending a few innings on the mound.

That decision, it turns out, paid major dividends.

Mimbs had a stellar outing, and there were some interested onlookers that day, coaches from the Columbus State baseball team.

The coaches liked what they saw, and Mimbs began talking seriously with the folks at Columbus State a few days later.

“The all-star thing was a Friday and a Saturday,” Mimbs said. “They called me the next Tuesday. I went up there on a visit, I think it was that Thursday. Ever since then, we’ve been in contact, and I made a decision.”

Mimbs is heading to Columbus State on a baseball scholarship, and he is going exclusively as a pitcher, which will be different for him.

Throughout his high-school career, Mimbs has always been a hitter, but now he’ll be able to focus on just one part of the game.

“It’ll be different compared to high school,” Mimbs said. “You can focus on one thing, and try your best to master that, and that’s one thing I’m looking forward to. I believe with hard work, the only place you can go is up.”

Mimbs was part of a strong pitching staff as a senior.

Mimbs, Kevin Craft and Perry Keith had their way with opposing hitters during the season, and they were especially dominant during the playoffs.

Mimbs only had one start in the playoffs, but he made the most of it.

In the opening round against Adairsville, the teams split the first two games, forcing a winner-take-all Game 3.

Mimbs was given the ball for that pivotal game, and he not only pitched a complete game, but he also hit a three-run home run as Callaway rolled to a 10-1 victory.

“For me being in high school and playing all four years, that was probably my best moment,” Mimbs said.

Mimbs’ coach at Callaway, Dusty Hubbard, is thrilled to see his former player get this chance.

“He has really made himself a better player,” Hubbard said. “He has gotten so much stronger, and he loves to play. He’s going to be good for them.”

Mimbs had other opportunities, and he could have signed with a different school a month ago, but he wanted to wait and weigh his options.

That patience paid off, and he’ll get to play for one of the premier NCAA Division II programs in the country.

“I’m real excited,” Mimbs said. “I’ve heard great things about the program, and I’ve talked to some guys that are on their team now. Two of them are from LaGrange, Jacob Boccucci and Jackson Oliver. I’ve been talking to them about every week. I’m excited, and everything I’ve heard about the program is good. I’ve been doing the workouts they’ve been given me, and I’ve been getting ready for when I can go down there and practice.”

Hubbard said not being in a hurry to make a decision was beneficial for Mimbs.

“He got a late offer by Gordon to be a position player, and he was kind of leaning that way,” Hubbard sid. “He played in the all-star team, and they saw him. And they liked him.”

Hubbard said a scholarship opened up after a player who was going to go to Columbus State signed to play professional baseball.

“They told him they want him to come there, and they said the draft is coming up, and if one of them signs, we’ll have some money,” Hubbard said. “It just worked out that way.”

Craft and Keith both signed their letters of intent earlier this year.

Keith is heading to Gordon College, and Craft is going to pitch for Chipola College in Florida.

Third baseman Terry Godwin was drafted by the Atlanta Braves, but he is going to play football for the University of Georgia.