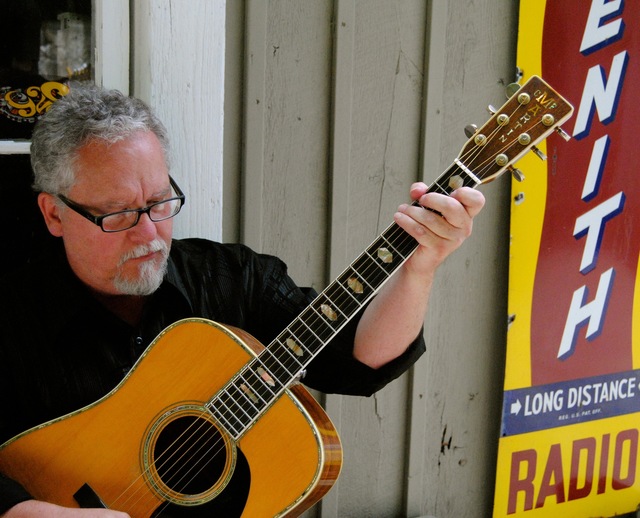 Pure Life Studios is an acoustic listening room at 206 Clark St. in LaGrange. Tickets are $15 and organizers recommend reserving tickets before the concert. The doors open at 6:30 p.m. and outside food and drink are allowed.

Anyone seeking ticket reservations or more information about the concert or songwriter workshop may visit Pure Life Studios on Facebook or contact Maggie McDonald at maggie@purelifelagrange.com or 706-443-4838.

Barnes recently began a new chapter in his career by taking his show on the road.

“I have spent my life writing songs for other folks,” Barnes said in a written statement. “Now I want to go sing them for the people without the middle man. I get to sing my hits, my dad’s hits and great country classics and just get to be myself.”

His co-written songs “That’s How Your Love Makes Me Feel,” recorded by Diamond Rio, and “Love, Me,” recorded by Colin Ray, each spent three weeks at No. 1 on the Billboard Hot Country Singles and Tracks chart. He is credited with contributing to songs with total album sales of more than 20 million, according to his online biography. Further credits include the complete score to “A Letter From Death Row” for HBO starring Martin Sheen and Charlie Sheen.

In addition to his original songs, Barnes will also play selected songs written by his father, the late Max D. Barnes.

Barnes has been a staff writer and producer in Nashville for nearly 30 years. He has worked with music companies that include Sony, Warner Brothers and MCA. Earlier in his career, he played lead guitar, touring with artists like Tanya Tucker, Reba McEntire, Garth Brooks, The Judds, Merle Haggard and George Jones.

Barnes was part of the only father/son competition in CMA history, competing with his dad for CMA’s “Song of the Year.” His father took home the award with “Look At Us,” a co-write with Vince Gill.

“My poor mom didn’t know who to root for,” Barnes stated.

To learn more about the artist, visit www.maxtbarnes.com.