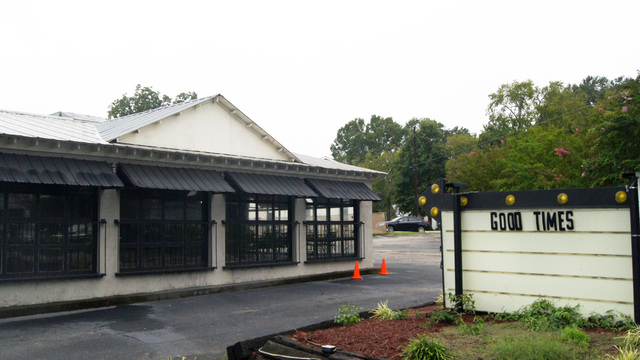 Good Times Bar at 1014 Hogansville Road is shown the morning of Aug. 31. According to police, it was the scene of the fatal shooting of a LaGrange man about 3 a.m. Aug. 30. On Tuesday, LaGrange City Council heard a proposed ordinance from LaGrange police to alter the required last call and closing times for licensed alcohol-serving establishments in the city.

http://lagrangenews.com/wp-content/uploads/sites/37/2015/09/web1_WEB083115Goodtimes2.jpgGood Times Bar at 1014 Hogansville Road is shown the morning of Aug. 31. According to police, it was the scene of the fatal shooting of a LaGrange man about 3 a.m. Aug. 30. On Tuesday, LaGrange City Council heard a proposed ordinance from LaGrange police to alter the required last call and closing times for licensed alcohol-serving establishments in the city.

LaGRANGE — Closing time for local bars and establishments may come a little earlier if proposed changes to a current city ordinance earns enough votes by members of City Council.

According to the proposal, the biggest revision will be when bar owners and patrons decide to wrap up their night. Currently, most night clubs and establishments in the city close their doors at 4 a.m. Under the proposed ordinance, all bars would have to close by 1 a.m.

Dekmar said another change would be for the last call for alcohol. Under the current ordinance, bars must stop serving alcohol to patrons at 1 a.m. Under the proposed ordinance, the cutoff time would be 12:30 a.m.

According to the chief, these two small revisions could have a positive, long-lasting impact for the entire community.

“It will restrict the length of time individuals can remain in establishments after closing hours … reducing the opportunity for incidents to occur that involve the police department,” he stated via email. “It will certainly reduce any acts of violence or disturbances occurring in these establishments after 1 a.m.”

August has been a particularly violent month for the Good Times Sports Bar and Grill at 1014 Hogansville Road. LaGrange Police Department investigators said Tobias Ogletree, 24, was shot at least once in the back inside the club in the early morning hours of Aug. 30. He later died from his wounds at West Georgia Medical Center.

On Aug. 15, a 30-year-old man was shot in the chest in the parking lot of the Good Times Bar by an unknown black male, according to LPD.

Investigators said while both cases are currently active investigations, no suspects in either shooting have been caught.

Sgt. Mark Cavender, head of LPD’s Special Investigation Unit, and his team usually respond to calls and enforce city codes at bars and night club establishments during the weekends. He said it’s not just violence officers deal with at some of these places, but also violations like loitering in the parking lots, people using drugs, fights, overcrowding issues, accidents and more.

“It’s taxing our resources when we’ve got all our officers out at one or two clubs during the night,” he told council members. “Plus, we’ve got GSP (Georgia State Patrol) officers there working crowd control.”

Dekmar said LPD has been working on the proposed ordinance for more than four months now, before either shooting at the Good Times bar.

He also said any place that adheres to the city’s alcoholic beverages code and has a license to pour — such as the Elks Lodge and the VFW club — would be held accountable under the revised ordinance.

Other amendments in the proposed ordinance include:

• “Brown bagging” establishments, where patrons bring in their own alcoholic beverages, would follow the same new guidelines as bar owners. Owners of such places must also declare and register in the city as a “brown bag” establishment.

• All night clubs would be required to implement a security protocol for all patrons entering the premises, which includes, at minimum, portable metal detection devices.

• All employees of a night club where alcohol is served who are directly involved in the sale of alcoholic beverages must attend an alcoholic awareness training session.

While many council members agreed something needed to be done about the violence and issues surrounding some of the area clubs and bars, they still had concerns if the revisions would be enough. Many felt it was only fair to hear from the people who would be affected by these changes the most — the business owners.

“Since the work session, I have heard from one licensee as well as a couple of council members that perhaps we need to get more input on the police department’s proposal before we move forward with that,” said Mayor Jim Thornton during Tuesday night’s City Council meeting. “So I’ve pulled that item from the agenda tonight, and what I’ve asked is for the staff to reach out to any affected licensees in town — should be a very finite list of folks — and letting them know what is under consideration, and setup a meeting for the affected licensees as well as for staff and council members interested in attending to get feedback, to see if there are any other tweaks that we need to make to that ordinance before we move forward with it.”

He added that there was not be a public forum planned on the matter, just a meeting among council members and business owners. The proposed ordinance changes should be back on the council’s agenda in the next few weeks.

“I think we need to just sit down with people and get some suggestions, get feedback and some type of consensus,” said Councilman LeGree McCamey after Tuesday’s meeting. “I’d like us to get with the proprietors so they don’t feel this is shoved down their throats, and give them a head’s up.

“Plus, not all the bars are having the same problems, and if they come together to discuss it, maybe some of the other bar owners will hear some things from them they may not have thought about. … I’m not a clubber or anything like that, but I believe in everyone coming to the table and finding a resolution.”