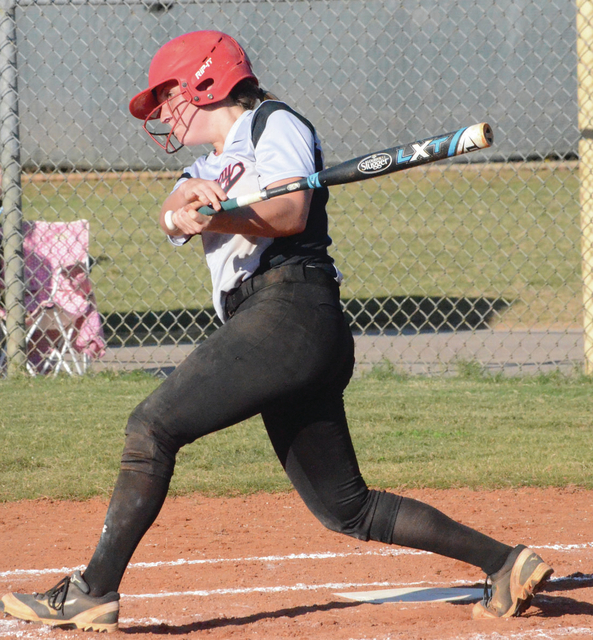 Callaway’s Brittany Mitchell is greeted at home plate after hitting a solo home run against Pepperell in the Region 5-AAA tournament. Earlier in the day, Mitchell had four RBIs in a victory over Haralson County. Kevin Eckleberry | Daily News

http://lagrangenews.com/wp-content/uploads/sites/37/2015/10/web1_10-8-callaway1.jpgCallaway’s Brittany Mitchell is greeted at home plate after hitting a solo home run against Pepperell in the Region 5-AAA tournament. Earlier in the day, Mitchell had four RBIs in a victory over Haralson County. Kevin Eckleberry | Daily News Callaway’s Skylar Rice had a two-run base hit during a 12-3 victory over Haralson County in the region tournament. Kevin Eckleberry | Daily News

http://lagrangenews.com/wp-content/uploads/sites/37/2015/10/web1_10-8-callaway7-4.jpgCallaway’s Skylar Rice had a two-run base hit during a 12-3 victory over Haralson County in the region tournament. Kevin Eckleberry | Daily News Callaway’s KeKe Talley slides in safely to third base during the loss to Pepperell. Kevin Eckleberry | Daily News

http://lagrangenews.com/wp-content/uploads/sites/37/2015/10/web1_10-8-callaway3-3.jpgCallaway’s KeKe Talley slides in safely to third base during the loss to Pepperell. Kevin Eckleberry | Daily News Callaway’s Jessica Perkins had one of her team’s nine hits during an eight-run third inning against Haralson County. Kevin Eckleberry | Daily News

http://lagrangenews.com/wp-content/uploads/sites/37/2015/10/web1_10-8-callaway8-21.jpgCallaway’s Jessica Perkins had one of her team’s nine hits during an eight-run third inning against Haralson County. Kevin Eckleberry | Daily News

Facing Haralson County on Wednesday in a game they had to win to keep their season alive, the Callaway Lady Cavaliers came to the plate in the top of the third inning already boasting a 4-0 lead.

By the time the Lady Cavaliers were done taking their swings in the inning, that lead had grown to 11-0.

At one point in the inning, nine consecutive Callaway players had a hit, and that included a two-run double by Brittany Mitchell, who finished with four RBIs.

The Lady Cavaliers didn’t score any more runs in the game, but the damage was done.

With starting pitcher Jessica Perkins throwing well and freshman Mallory Gallaway finishing things off on the mound, Callaway rolled to an 11-3 win over Haralson County in an elimination game in the Region 5-AAA softball tournament.

With that win, the Lady Cavaliers assured themelves of a top four finish in the tournament, and that meant that they were also guaranteed a spot in the state playoffs.

Later in the day, the Lady Cavaliers lost to Pepperell 10-5, meaning they’ll be the region’s number four seed for the state tournament.

Callaway will be on the road for a first-round state matchup next week.

“When it’s all said and done, we’re the number four seed,” Callaway coach Ashley Summerlin said. “I have no idea where we’re going. But I do know we’re still playing. We get to practice tomorrow, and we get to play next week. I’m excited about that.”

After a 9-8 loss to Pepperell on Monday, Callaway was faced with a must-win scenario as it took the field for Wednesday’s first game.

Callaway made sure there would be no suspense thanks to the offensive outburst.

After a scoreless first inning, Callaway jumped on top with four runs in the second inning, and it soared to an 11-0 lead after the seven-run third inning.

In Wednesday’s late game, Callaway had a one-run lead when Pepperell scored six runs in the bottom of the sixth inning to take a lead it wouldn’t relinquish.

Pepperell has won all four games against Callaway this season.

“We competed,” Summerlin said. “Pepperell’s got a good ball team. They’ve just got our number this year. That’s what it is. They’re good.”

Summerlin was extremely proud of the way his team rebounded from Monday’s heart-breaking loss to Pepperell.

“The girls fought today,” Summerlin said. “We had over 10 hits in that first game. We had eight or nine (against Pepperell). We’re hitting the ball good at the right time.”

No one on the Callaway team is swinging the bat batter better than Mitchell, Callaway’s senior catcher.

Against Haralson County, Mitchell had three hits and four RBIs, and she had a solo home run against Pepperell.

Mitchell, a four-year starter, has been red-hot the past few weeks.

Since hitting a walk-off, two-run home run against Haralson County on Sept. 22, Mitchell has been unstoppable.

In the three region-tournament games, Mitchell had seven hits and seven RBIs.

“Different drills have really been helping me,” Mitchell said. “I’ve been waiting back. At the beginning of the season, I was really out in front of everything. But (Summerlin has) helped me a lot with that.”

In the Haralson County game, Callaway came up empty in the first inning despite getting a leadoff double from Mitchell.

In the second inning, Callaway broke through for four runs.

Perkins got things started with a base hit, and after Molly Hubbard had an RBI single with two outs, Mitchell followed with a two-run double, and Callaway led 4-0.

In the third inning, 12 Callaway batters came to the plate.

Keshonna Terrell led off with a walk, and after Perkins and Oeisha Jenkins singled, Skylar Rice’s base hit drove in two runs.

After back-to-back RBI singles by Lydia Bartlett and Gallaway, Molly Hubbard reached on a base hit, and Mitchell then stepped to the plate and delivered a two-run double, and Callaway led 10-0.

After Kelly Carlisle drove in a run with a base hit to push the lead to 11-0, Terrell came up for the second time in the inning and singled, and that made it 10 consecutive Callaway players who had reached base with a walk or a hit.

Haralson County scored a pair of runs in the fourth inning, and it had a run in and a pair of base runners on in the fifth inning when Gallaway came in and got the final two outs.

Against Pepperell, Callaway jumped out to a 1-0 lead with a run in the top of the first.

Mitchell led off with a walk, Carlisle moved her over with a sacrifice bunt, and she scored when Perkins reached on an error.

Pepperell responded with three runs in the bottom of the first inning to take a 3-1 lead.

Callaway got one of those runs back in the third inning, with Perkins coming through with an RBI double.

The Lady Cavaliers were trailing 4-2 when Mitchell led off with a solo home run in the top of the fifth inning.

Terrell and Perkins had back-to-back base hits later in the inning, and with two outs, Rice drove the ball to the fence in right field to bring in two more runs, and Callaway led 5-4.

That’s the way it remained until Pepperell plated six runs in the bottom of the sixth inning.