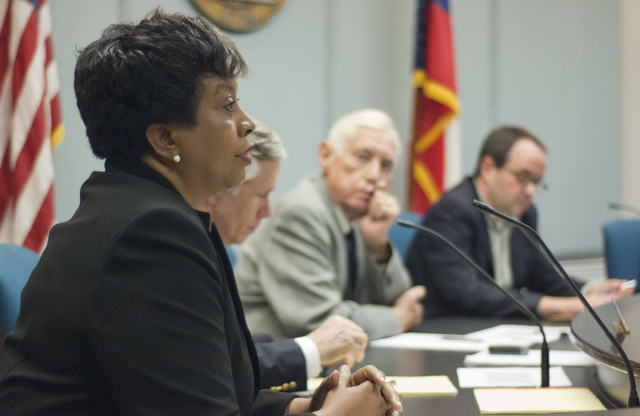 LaGRANGE — A planning study slated to steer LaGrange’s future for the next 20 years was approved Tuesday by City Council.

The 73-page Comprehensive Plan was adopted by unanimous vote and lays out guidelines and policy standards while singling out the city’s needs and growth opportunities in widespread subjects. The study was last updated in 2010.

A high poverty rate, degraded neighborhoods, an unprepared workforce and gang crime were identified as some of many serious problems for LaGrange, but the study isn’t all bad. Adequate infrastructure, a small-town feel, education opportunities — including LaGrange College — and a thriving arts community were noted as some of the city’s strengths.

The study was commissioned by the city under a state mandate of the Georgia Planning Act, passed in 1989. It was conducted by the Franklin-based Three Rivers Regional Commission, a quasi-governmental agency that helps 10 midwest Georgia counties cooperate and manage growth.

Some of the points made by researchers note LaGrange’s problems could be a double-edged sword.

A lack of “living wage jobs prevents growth in the middle class,” and “a lack of affordable child care keeps many out of the job market,” the study noted as problems for the community. Where there are challenges, though, the study notes there are also opportunities. A lack of child care creates a need for business growth, the study stated.

Safe, affordable housing — and the lack thereof — is also covered in the study.

“A large portion of the current housing supply is in need of redevelopment,” and there is a “need to expand local programs dedicated to providing and maintaining affordable housing,” the study stated.

The plan directs officials to support and expand programs such as DASH, an affordable housing nonprofit group, and the LaGrange Housing Authority.

“Absolutely, I think we would be willing to make such a visit,” LaGrange Mayor Jim Thornton said. “I think that’s something we can put on our agenda.”

The mayor went on to note that it may be time for the city to rethink the way government-subsidized housing is provided in the city.

“Concentrating low-income housing in one area is not a good idea,” the mayor said. “It’s preferable to have mixed-income housing, which is to have affordable, subsidized housing in along with market-value housing. That seems to be what’s in the best interest, particularly for children, to have more diversity of housing in a certain geographic area.”

More festivals and community activities — like Saturday’s annual Chili Cook Off — may also be in the city’s future. The plan aims to make LaGrange a greater place to “live, work and play,” and researchers called for the promotion of festivals, along with expanded business and retail opportunities.

Thornton noted that all the the changes proposed in the plan won’t happen overnight. Some things, though, can be accomplished more quickly than others. Under the topic of commercial development, one bullet point states the city should seek to relocate power lines underground.

Just after the discussion, the City Council coincidentally had just such a vote scheduled. Council voted unanimously to bury the power lines along Vernon Road between the intersection of Park Avenue to College Street in the coming weeks.