It was a special time for Braves’ fans 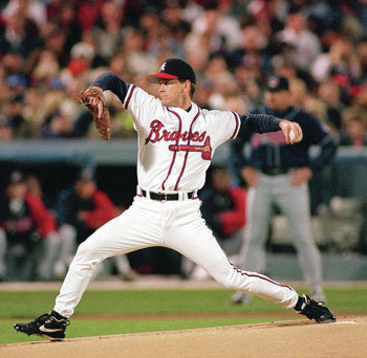 Catcher Greg Olson leaps into the arms of pitcher John Smoltz after the Braves clinched the division title in 1991. Contributed photo

http://lagrangenews.com/wp-content/uploads/sites/37/2015/10/web1_10-28-braves.jpgCatcher Greg Olson leaps into the arms of pitcher John Smoltz after the Braves clinched the division title in 1991. Contributed photo Atlanta’s Sid Bream slides in safely with the winning run in Game 7 of the 1992 NLCS. Contributed photo

http://lagrangenews.com/wp-content/uploads/sites/37/2015/10/web1_10-28-braves2.jpgAtlanta’s Sid Bream slides in safely with the winning run in Game 7 of the 1992 NLCS. Contributed photo What could have been?

When we look back on what the Atlanta Braves accomplished during their remarkable run that began in 1991, that often comes to mind.

Beginning in 1991 the Braves won 14 consecutive division titles, and for many of those seasons they were the clear-cut best team in baseball.

Yet for all of the success the Braves enjoyed, by the time their run ended, they had the one, solitary World Series title that came in 1995.

There were so many postseason failures.

There were the four World Series losses (including an epic collapse in 1996 when they won the first two games at Yankee Stadium before losing four in a row) to go along with the countless other playoff meltdowns.

It’s easy to dwell on the negative with the Braves, and I’ve played that what-could-have-been game a time or two.

But here’s the thing.

As time goes by, and as the Braves toil at the bottom of the baseball hierarchy, I look back on those days not with regret, but with an appreciation for how special that time was.

If you’re of my generation, you remember what it was like being a Braves’ fan in the 70s and 80s.

We had the division title in 1982, which was followed by a playoff sweep at the hands of the Cardinals in the NLCS, and that was about it.

The Braves weren’t just bad, they were abysmal.

If they didn’t lose 100 games and finish in last place, it was a successful season.

After a typically miserable 1990 season, the Braves were hovering around .500 for the first half of the 1991 season, and fans were actually happy with that.

When you’re used to your team finishing 30 games below .500, you take what you can get.

Then came the second half of that 1991 season, and nothing like that will ever be duplicated when it comes to Atlanta professional sports.

It’s an over-used cliché to say something in sports was “magical”, but that’s an apt description for what happened that summer.

The Braves, with young pitchers John Smoltz and Tom Glavine along with eventual MVP Terry Pendleton leading the way, caught fire and chased down the Los Angeles Dodgers and won the National League West.

That image of catcher Greg Olson leaping into the arms of John Smoltz after the Braves clinched the division title is one of the indelible images in Atlanta sports history.

When the Braves were playing late in the summer, you were either at a television watching, or at a radio following along with Skip Caray and the gang.

A storybook ending would have been for the Braves to win the World Series, and they nearly did.

They made it to Game 7 and postseason hero John Smoltz delivered one of his many epic performances, but the Braves lost 1-0.

The Braves had runners on second and third with no outs in the eighth inning of that game, and they couldn’t score, and the Twins scored the game’s only run in the 10th inning to win it.

It was heart-breaking, it was gut-wrenching, but again, I wouldn’t trade the memories of that 1991 season for anything.

The 1992 season brought another division title, and the NLCS that year provided the greatest moment I’ve ever witnessed as a sports fan.

If you mention “The Slide” to a Braves fan, he knows what it means.

With two outs in the ninth inning of Game 7 of the NLCS, the Braves were down by one run with Francisco Cabrera at the plate.

Again, the Braves lost the World Series, this time in six games to the Toronto Blue Jays.

The 1993 season is memorable because of what happened before the playoffs.

In the last really great pennant race (these were the pre wild-card days), the Braves won 104 games and beat the Giants by one game for the division title.

Another postseason flop followed, with the Braves losing the NLCS to the Phillies in six games.

After the strike-shortened 1994 season, the Braves broke through for their lone championship in 1995 when they beat the Indians in six games in the World Series.

In the clinching game, Tom Glavine pitched eight innings of one-hit baseball, and David Justice hit a solo home run to drive in the game’s only run, and the Braves won 1-0.

The Braves had finally done it, and it sure looked like more championships were to come.

The 1996 World Series was the low point, and while “The Slide” brings a smile to a Braves’ fan’s face, mentioning the name Jim Leyritz invokes a different reaction.

The next two seasons ended with losses in the NLCS to the Marlins and to the Padres.

The Braves made it back to the World Series in 1999 after beating the Mets, and I was fortunate enough to be at the deciding game of the NLCS that year.

After falling behind 3-0 in the series, the Mets won a pair of games to force a Game 6 in Atlanta.

The Braves won that game in the 11th inning when the free-swining Andruw Jones of all people walked with the bases loaded.

Then came the World Series, and it was forgettable.

A Yankees team in the midst of its phenomenal run overwhelmed the Braves and swept the series.

Thus ended a decade that included eight division titles, four trips to the World Series, and one championship.

As a new decade dawned, the Braves continue to win, and their streak of winning division titles continued until 2005.

After that 1999 season, though, the Braves only one won more postseason series, and that came in 2001 when they eventually lost to the Diamondbacks in the NLCS.

It’s been two decades since the Braves won that World Series, and it has been 14 years since they had any postseason success.

So how do we view that period?

Should they have won more than one championship?

For a team that dominant, and one blessed with some of the best pitching the game has ever seen, there is no reason only one World Series banner should be flying at Turner Field.

I don’t look back on those days with regret, though.

The losses were painful, and in my younger days a lot harder to move past, but what a special time it was.

Each one of those summers provided months and months of great baseball, of fantastic memories, and even with the October collapses, there were so many enjoyable playoff moments as well.

So yeah, it’s easy to think about what could have been, but as time goes by, I choose to treasure and cherish what was.