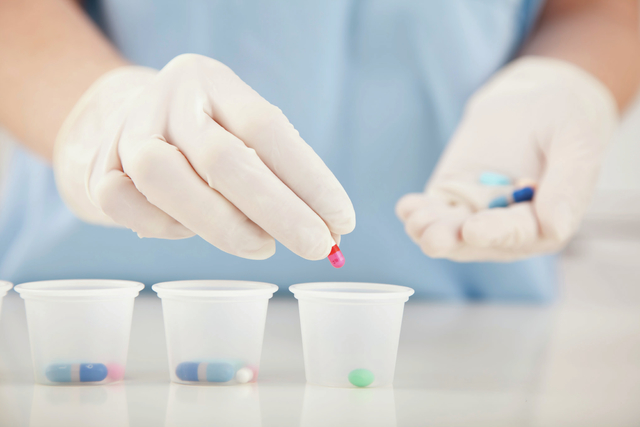 “I’ve had 85 years, I had five fine daughters and I’ve filled my bucket list,” he said with resolve. “I’m not worried about if I die, or if the damn government takes care of me — because they’re not going to.”

The frustration in his voice was nearly palpable as he described his difficulties seeking Department of Veterans Affairs medical care to diagnose and treat what he believes may be cancer in his lungs. At 85, he’s not confident in his ability to drive to the nearest large-scale VA medical center in Atlanta, and his options are running out.

Earlier this year, a VA representative enrolled him in the Veterans Choice Card program, an initiative passed by Congress and signed into law by President Barack Obama in 2014. The program is supposed to help veterans who live more than 40 miles from the nearest VA facility — or, like England, face excessive travel burden — find treatment and services with local doctors and hospitals. Veterans who can’t make a VA appointment within 30 days are also supposed to be able to enroll in the program.

England was able to find a doctor in LaGrange who would accept the Veterans Choice Card, but when it came time for services like x-rays and CT scans that could only be done at a hospital, he found that multiple hospitals in the area don’t accept the card, including West Georgia Health and Tanner Medical Center in Carrollton.

A local doctor told England in September he would need numerous scans and maybe even a biopsy, but when the doctor’s office tried to schedule the procedures with West Georgia Health, he was met with disappointment, he said.

“I called the doctor, and they said the hospital doesn’t accept the Choice program and I’d have to pay for it myself,” he said.

England isn’t alone. The Daily News spoke with two other veterans who asked not to be named to protect their health privacy rights, both of whom experienced the same problem.

“It’s not only me, there’s thousands of veterans in Troup County that live too far away to go to Atlanta,” England said. “We’re all in the same boat. I’ve talked to other people and they say they’ve given up.”

Even if he does go to the Atlanta VA facility, he leaves feeling dismissed and untreated.

“They don’t worry about you when you go up there, you’re just a number,” he said. “I’m 6079, that’s my number, my last four (of my Social Security number). That’s what they call me up there. They don’t care about you.”

The Daily News contacted West Georgia Health on Monday to inquire about its lack of participation in the Veterans Choice Card program.

Jan Nichols, a spokesperson for West Georgia Health, confirmed the hospital doesn’t participate in the program and said the requirements laid out by the law are cumbersome, and a failure on the hospital’s part to file voluminous paperwork could result in it not being paid for services.

“The contract has some stringent stipulations to which we are unable to agree,” Nichols said in an email. “Specifically, the contract requires that we submit a copy of all medical records and documentation concerning a veteran’s care within 10 days of the date of service for physician offices or 10 days within discharge from the hospital.

“If we do not meet this requirement, we will not get reimbursed for providing that care,” she said.

The process to complete the paperwork alone would likely take more than 10 days, she added.

“In fact, both our medical staff bylaws and medical staff rules and regulations allow up to 30 days post discharge before a physician is required to sign off on a patient’s medical record,” she explained.

Nichols, on behalf of the hospital, said she understood veterans’ predicaments and appreciated their service to the nation.

“But we are unable to meet the 10-day time frame specified within the contract terms of the Veterans Choice Program,” she said.

England said he didn’t necessarily blame West Georgia Health — or any specific provider or hospital — for the Veterans Choice Card program’s shortcomings, but rather he feels the legislation was rushed and failed to actually fix the problem; it’s more of a Band-Aid.

“They jumped the damn gun when they did this,” he said of the legislation.

Federal government guidelines in health care are notoriously stringent, but Nichols said she and the hospital are working to see if there’s a way to participate in the Veterans Choice Card program so that prior service members like England are able to find the care they need locally.

“We have contacted Health Net, the carrier for the Veterans Choice Program, to see if this term can be modified so that we may be able to participate in the program,” she said. “We are currently awaiting a response.”

Until then, England will have to wait.

Reporter’s note: England’s “number” — 6079 — at the Veterans Affairs medical center has been changed to protect his privacy.