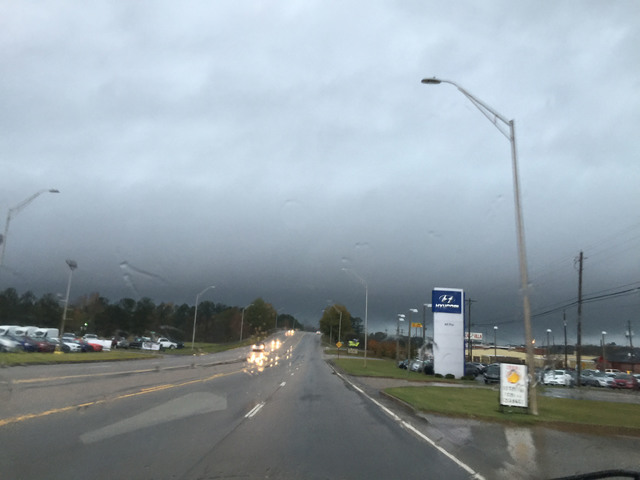 A motorist passes though a flooded area on Piney Woods Drive on Wednesday about 4:30 p.m. as heavy rain moved through LaGrange.

http://lagrangenews.com/wp-content/uploads/sites/37/2015/11/web1_WEBRainyDay.jpgA motorist passes though a flooded area on Piney Woods Drive on Wednesday about 4:30 p.m. as heavy rain moved through LaGrange. LaGRANGE — A measured 2.42 inches of rain fell on Troup County on Wednesday as dangerous storms passed through west Georgia.

Some downed tree were reported to the Daily News, but no power outages were reported, according to 911 and city officials.

The National Weather Service reported that a tornado likely touched down in the metro Atlanta area.

Meteorologist Ryan Willis said National Weather Service officials are “quite certain” that a tornado hit northern Coweta County and the communities of Fairburn and Palmetto on Wednesday evening.

Willis says a survey team will be sent to the area today to evaluate the damage and to measure the storm’s strength. Georgia Power’s online outage map said more than 8,000 customers were without service this morning.

Flood warnings and watches were issued throughout much of north Georgia and a tornado watch was issued in parts of west and central Georgia, including Troup County.