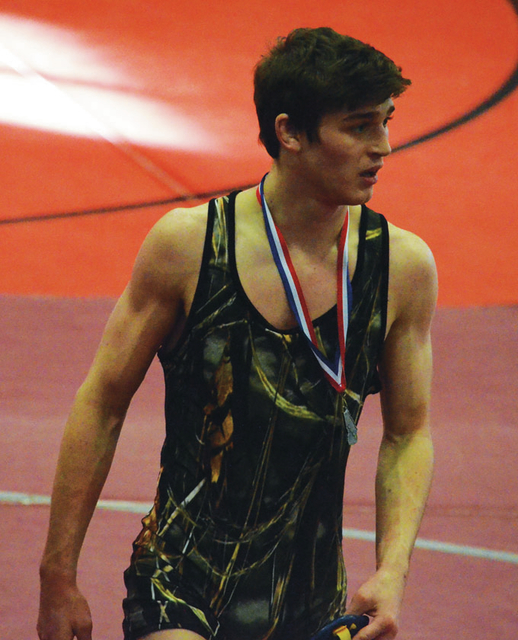 Troup’s Jeremiah McClendon was one of five local wrestlers who won a championship at the Chattahoochee River Wrestling Association tournament on Saturday in Carrollton. Kevin Eckleberry | Daily News

http://lagrangenews.com/wp-content/uploads/sites/37/2015/12/web1_wrestling-jeremiah-mclendon2.jpgTroup’s Jeremiah McClendon was one of five local wrestlers who won a championship at the Chattahoochee River Wrestling Association tournament on Saturday in Carrollton. Kevin Eckleberry | Daily News

CARROLLTON – It was a winning weekend.

Callaway, LaGrange and Troup each participated in the 14-team Chattahoochee River Wrestling Association tournament at Central-Carroll High School on Friday and Saturday, and there were five individual champions among the local teams.

In all, a combined 20 wrestlers from the three teams placed, and each of those men returned home with a medal.

Troup led the way with eight placers, including two champions, and it finished second in the team standings behind Alexander.

LaGrange also had two individual champions, and it had seven wrestlers place.

Callaway had one individual winner, and it had five wrestlers place.

For Troup, Dakota Wilson and Jeremiah McClendon each wrestled their way to a championship.

In the 126-pound championship match, Wilson rolled to a 16-5 victory over Colton Kelly of Central-Carroll.

At 138 pounds, McClendon pinned Trevor Rose of Alexander in the first period to claim the title.

LaGrange had two men in the finals, and they both won easily.

In the final match of the day, LaGrange’s Emmanuel Mann needed about 30 seconds to pin Spencer Myers of Alexander to secure the 285-pound title.

At 195 pounds, LaGrange’s Guy Wegienka pinned Andrew Cannon of Heard County with just one second left in the first period to win his title.

Dijon Hart had a third-place finish for LaGrange, and Chase Sams was fourth.

Callaway’s championship was won by Justin Kiss, who pinned Devin Caito of Heard County in the 113-pound title match.

OF NOTE: For much more on the CRWA tournament, including photos, complete recaps of how each team did and reactions from the wrestlers and coaches, see Tuesday’s sports section.