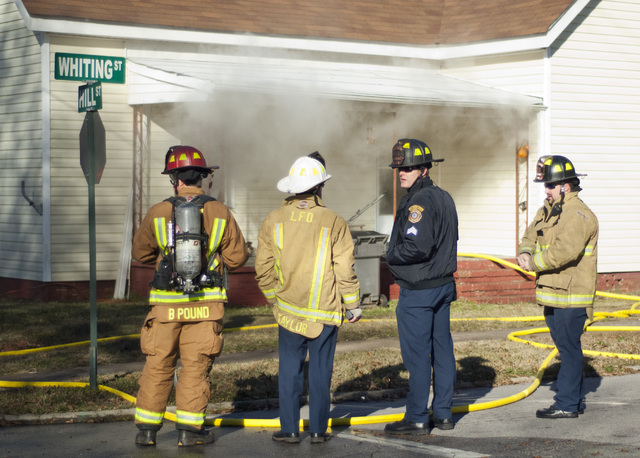 Firefighters gather outside a home in the first block of Whiting Street following a fire there Tuesday morning. No one was injured.

http://lagrangenews.com/wp-content/uploads/sites/37/2016/01/web1_0119HouseFire01WEB.jpgFirefighters gather outside a home in the first block of Whiting Street following a fire there Tuesday morning. No one was injured.

LaGRANGE — Authorities are investigating a fire that damaged a home in the first block of Whiting Street but injured no one Tuesday shortly before 10 a.m.

LaGrange police were first to arrive at the home and found heavy smoke pouring from the residence, according to an officer at the scene.

Two people were inside the single-story house when the fire began but were able to escape safely. A woman who identified herself as a resident, Debra Mitchell, said the fire started in a bedroom near a light switch that may have been faulty.

“It makes the lights flicker,” Mitchell said of the switch. “It blinks off and on all the time.”

As of press time, LaGrange Fire Department officials were investigating and unsure of the cause.

Mitchell said she has lived in the home, which she rents, for seven years.

Check LaGrange Daily News online and in print for updates.