Easy day at the office for Cougars 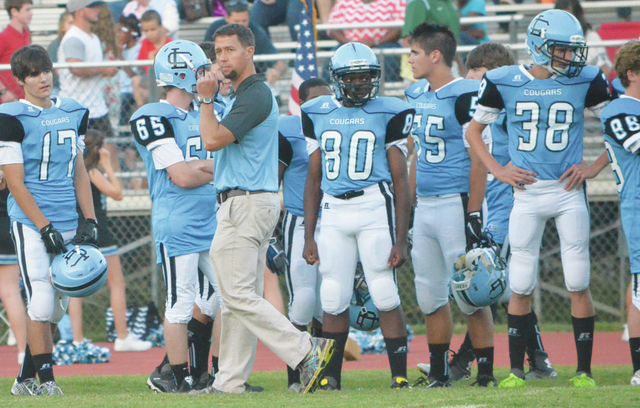 LAGRANGE – Coming off Friday’s dramatic, overtime win over Heirway Christian, the unbeaten Lafayette Christian School Cougars had a much easier time of it against visiting Hearts Academy on Tuesday.

Junior Gregory Benefield led the Cougars in scoring with 18 points, and he also pulled down seven rebounds.

The game was over early, with the Cougars surging to a 33-7 lead at the half, and everyone on the team got significant playing time.

While they were on the court, Reed and Mobley provided the night’s top highlight.

In the second quarter, Reed threw a half-court alley-oop pass to Mobley, who finished the play off with a dunk.

In the girls’ game, Lafayette Christian managed to pitch a shutout on the way to a 43-0 victory.

Taylor led the defensive effort with 10 steals, Veronica Prince came up with nine steals, and Hudson had six steals.

It was the second win of the season for the Lady Cougars.

“The girls are getting better,” Lafayette Christian head coach Paula Johnson said. “We played more team ball tonight. We spread it out.”

Lafayette Christian’s teams will travel to Powder Springs on Thursday to play Hearts Academy once again.

On Friday, Lafayette Christian will be at home against Grace Academy, and it will be senior night.

It’s crunch time on the hardwood