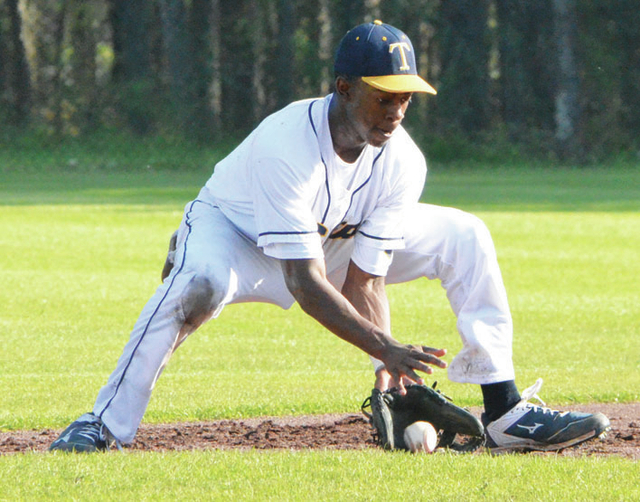 LAGRANGE – Ryan Bliss wants to be an Auburn Tiger.

Bliss, a sophomore shortstop at Troup High, let that be known last week when he made a verbal commitment to play baseball for Auburn.

Bliss went to Auburn to meet with new head coach Butch Thompson, and he made his commitment.

Troup baseball coach Craig Garner said Bliss has gotten along well with Thompson, who was hired to replace Sunny Golloway, who was fired in September.

“Once coach Thompson got there, he established a relationship with him pretty quickly,” Garner said.

Bliss was also being recruited by Georgia, and he was still a freshman when he received an offer from Scott Stricklin, the Bulldogs’ head coach.

Garner said Bliss made sure to inform Stricklin of his decision before he made the announcement.

“He was pretty torn between the fact that he’d also established a pretty good relationship with coach Stricklin up at Georgia and their staff,” Garner said. “Once he told me that he was going to commit, he actually called coach Stricklin before he told coach Thompson that he was going to commit. He said he felt like he owed him that. He told coach Thompson on Thursday, and he went over to Auburn that Sunday and verbally committed in person.”

Bliss could end up being teammates once again with Jonathan Foster.

Foster, who is in his first season at Auburn, was a senior on the 2015 Troup team while Bliss was a freshaman.

If Foster stays through his senior year at Auburn, he and Bliss could be teammates on the 2019 team.

Bliss stepped into the lineup as a freshman and was a key member of a team that went 25-6 and reached the second round of the state playoffs last spring.

Bliss will be a part of a veteran team, with many of the players responsible for last year’s success back for another go-around.