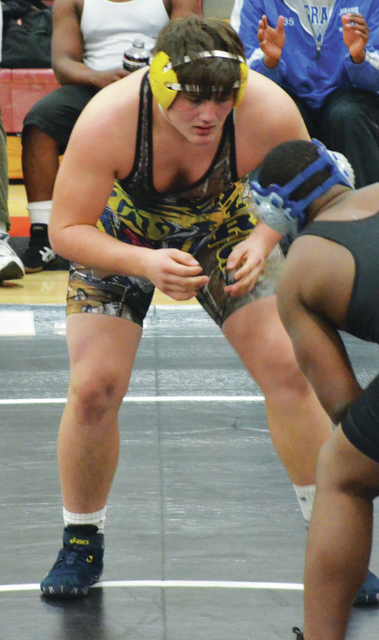 Hudson, a senior wrestler for the Tigers, made it all the way to the Class AAAA 285-pound championship match during the state meet that wrapped up on Saturday.

Newton won his first three matches to reach the championship round where he faced off against Gilmer County’s Levi Seabolt, the defending state champion.

It was a tight match, with Seabolt prevailing 4-1 to make it back-to-back championships, while Newton brought home the second-place medal.

Newton was one of six local wrestlers who placed during the state meet.

Troup had three placers, LaGrange had two, and Callaway had one.

Newton began his state run with a win over Cody Marchbanks of North Hall, and he then beat Martez Hudson of Carrollton to reach the semifinals.

In Friday’s semifinal, Newton beat Dakota Cox of Walnut Grove to reach the title match that was contested Saturday afternoon.

None of Seabolt’s other opponents in the state finals pushed him as hard as Newton did, but it wasn’t quite enough.

The second-place showing capped a stellar high-school career for Newton, who also placed as a junior.

Seals lost his first match, but he ended up winning four straight matches after that to place third.

For LaGrange, Emmanuel Mann made it to the semifinals at 285 pounds in Class AAAAA and was one win away from earning a spot in the finals.

Mann lost his semifinal match, but he still ended up earning a place on the podium with a fifth-place finish.

Also placing for LaGrange was Guy Wegienka, who put the wraps on an exceptional senior season with a sixth-place finish at 195 pounds.