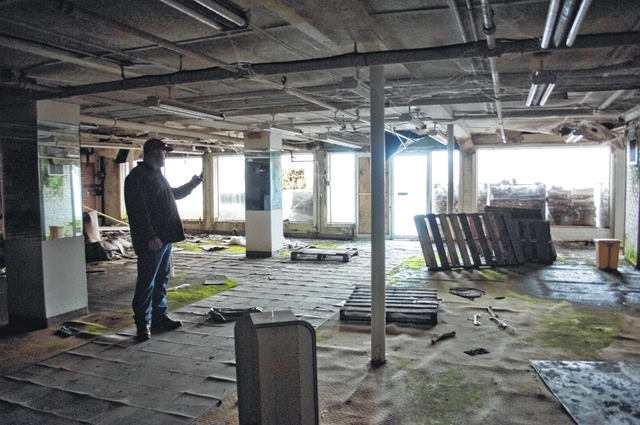 Asbestos removal crews inspect the basement of the former Mansour’s department store building in January. City officials say demolition could begin by the end of May.

http://lagrangenews.com/wp-content/uploads/sites/37/2016/04/web1_HotelCostCMYK.jpgAsbestos removal crews inspect the basement of the former Mansour’s department store building in January. City officials say demolition could begin by the end of May.

LaGRANGE — City officials are hoping to have architectural renders of a planned downtown hotel by early next week.

The renderings are being finalized this week and demolition of the former Mansours department store could begin by the end of May, according to Bobby Carmichael, director of the Downtown LaGrange Development Authority.

Construction of the four-story, 87-room hotel — which is slated to be a Courtyard by Marriott — must begin by July 1 for developers to take advantage of a special tax allocation district set up by local governments.

The Mansours demolition is currently behind schedule and over budget. Crews were set to begin tearing the building down in mid-March, but the project was awaiting the newest design specifications from Marriott, Carmichael said.

Additionally, City Council in March approved an additional $22,000 atop its original commitment of $300,000 for demolition. The additional costs stem from a new bid process, Carmichael previously said. Contractors are busier now than when the money was first committed, increasing demand and driving up costs, he has said.

Taxes from the hotel are projected to provide the city with about $175,000 in revenue every year over the next 20 years, according to city officials. The hotel is expected to hire about 30 employees.

Carmichael said the design of the hotel will be dictated by the shape of the city block, and added City Council and the Downtown LaGrange Development Authority would be able to suggest changes before the design is finalized.

“It’s not going to be like the one (Courtyard by Marriott) in Carrollton,” Carmichael said. “It’s going to be more boxy. We want some brick or cast stone on the front to give it some character.”

The city of LaGrange purchased the Mansours property in 2010 for $1.2 million and has deeded it to the Downtown LaGrange Development Authority for development.