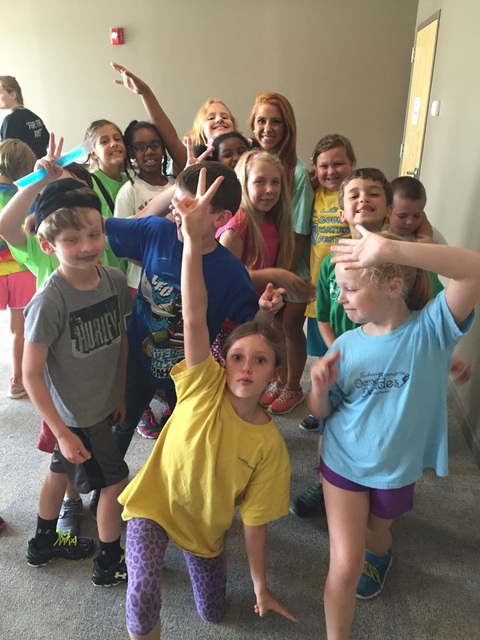 WEST POINT — On June 13, New Horizon Community Theatre will open its doors for the seventh time for students ages 6 to 15 to immerse themselves in the performing arts.

NHCT partnered with professional performer and educator Julia Langley seven years ago to create a camp that covered various aspects of the performing arts like choreography, acting, singing, tech/backstage work, writing and stage etiquette, allowing students of all ages to try different areas of the arts in a positive environment.

Langley lives in Del Ray, Florida, when she’s not traveling the world performing with Cirque Productions or hosting camps in other locations around the United States. She chose New Horizon Theatre for her first camp director experience because West Point is close to where she grew up. She has returned every summer since to provide what NHCT officials said is a bigger and better camp year after year.

“I truly believe that allowing children to grow up in theater makes a huge difference in their ability to speak publicly and to think of creative solutions to problems — both of which are life lessons that can be applied in numerous areas,” said Holly Wheeler, NHCT marketing assistant. “As the mother of two active teenagers, I’ve attended numerous events involving students, and almost without fail, I can pick out the students who have spent time in theater. They are just more comfortable in front of a crowd and usually much easier to hear and understand when they speak.”

Over the years, Wheeler has seen kids come through the Performing Arts Camp who were shy and unsure of performing, only to discover that they love being on stage and becoming a character. And it’s not always about the spotlight, as some students have found an interest in handling backstage roles, managing lighting, writing and directing.

The NHCT Performing Arts Camp has doubled in size over the years. With the newly renovated theater space, it has room for additional breakout sessions and larger audiences for the showcase performance. The 2016 camp theme is “Under The Big Top,” which will incorporate some circus activities into the weeklong training.

The campers will be divided into two groups — older and younger — and NHCT will host a Saturday showcase performance June 18 to show parents and family members what campers have learned throughout the week. Haley Hamer is returning as assistant camp director along with a group of counselors.

The cost is $175 per camper with family discounts available for siblings. Camp is 9 a.m. to 4 p.m. June 13 to 17 with the showcase performances June 18. A time will be announced closer to the date.

The space is limited so visit www.nhct.org to sign up your camper today. Anyone with questions was encouraged to contact Wheeler at hwheelernhct@yahoo.com.