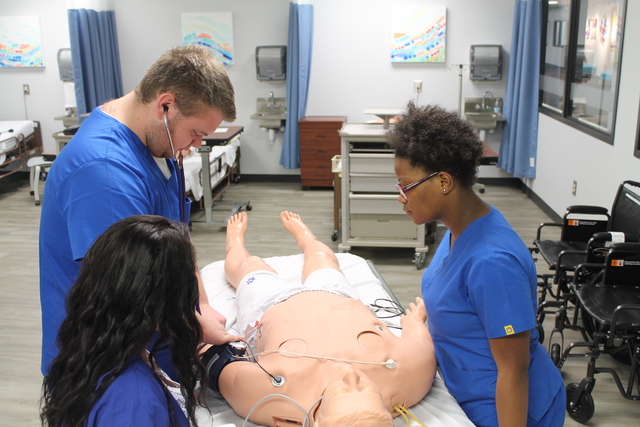 Editor’s note: The Daily News conducted an interview for this story on April 29 with Randy Jackson, who passed away on May 20.

LaGRANGE — THINC College and Career Academy wrapped its first school year in May, and leaders of the education initiative said it was more successful than they expected.

“I think we’ve surprised ourselves on what we’ve been able to do in less than 12 months, and we are moving into a new school year” said Randy Jackson, then Kia Motors Manufacturing Georgia’s chief administrative officer. KMMG is one of the biggest contributors to the school.

Jackson said as the community sees a graduation rate in the low 70s, there’s a need to reach the nearly 30 percent who aren’t graduating on time or dropping out. Incorporating an environment into the educational system to give students work-type experience and engage their interests — “make it fun, not boring” — was the key to improving the graduation rate and helping bolster the next generation of workers.

The ultimate goal is 100 percent graduation, Jackson said. Making students engaged in the school, he said, will help that goal. Carlisle said engagement was apparent early on.

“We started seeing in the first two weeks of school a tremendous culture developing,” Carlisle said. “With students, we have … high expectation for the students, and they were expressing how much they like that and pride in having high expectations at THINC. We hear them talk about the value of the soft skills and how that’s preparing them for college and work, and that’s sort of unexpected how quickly you hear how they understand the need for that.”

Carlisle said THINC’s student attendance exceeded the attendance rate of all three high schools and the school system, and the referral rate for disciplinary problems was less than 5 percent versus 20 percent at the local high schools.

THINC student Cortney Laye, a week before he graduated from Callaway High School, told the Daily News he felt the soft skills made a big difference. Students are graded on factors like attitude, attendance, speech and dress.

“So you feel just kind of like you’re at you’re job,” Laye said.

THINC student Ashari Pollard, prior to her graduation from LaGrange High School, said the soft skills helped her better interact with customers when she worked at McDonald’s during the school year.

“It helps me not be as nervous,” she said. “It helps how you talk, how you present yourself and to break out of your shell.”

Carlisle said over the course of the school year she’s seen a transformation among students attending, noting a misconception she comes across is that the academy takes only the top students. Demographics of the school actually mirror the school system, she said, with about half of students on free or reduced lunch.

She also has seen at-risk students turn around during the year, she said.

Pollard said there may be some disciplinary problems, but she’s noted a marked improvement in fellow students from the soft skills training.

“Soft skills helped some students because they talked kind of rudely, and now they are more respectful,” she said.

One factor Laye said makes THINC stand out from his regular high school environment is “we’re all focused on school here” and what they want to do.

Beginning and future for THINC

Jackson hoped more people will get behind the academy.

“We still hear people say, ‘I’m not really sure what THINC is,’” Jackson said. “… It is important to know why THINC was birthed.”

The college and career academy idea surfaced with the question of what the workforce of the future would look like, Jackson said. Employers wanted to ensure that years down the road, there would be qualified employees ready to go to work.

Kia invested $3 million into the creation of THINC. Another $3 million came from the Technical College System of Georgia, and other businesses have made monetary and supply donations to fund THINC. The academy is not funded with public money, but did receive temporary funds from the school system to start renovations before it received the grant funds from the Technical College System, which then were used to pay back the school system.

“We wanted an atmosphere that was exciting, and it’s colorful and interactive versus lecture,” Jackson said of the THINC campus, which is housed inside West Georgia Technical College campus at 1 College Circle. “Personally, I think kids today are more into that — into interactivity and collaboration.”

He credited the business support with the success of THINC and said it’s critical for continued success. Carlisle said the school’s business partnerships helps the school prepare students and keep up with the “cutting edge” of industries they’re studying.

Jackson equated the working world today to continuing school, saying workers now have to be constantly learning and researching to keep up with their trade.

“It’s not the same as it used to be, that’s part of it,” Jackson said. “Our whole working world is different than it was years ago, you have a lot more technology, you have a lot more research available to you. Things are moving faster, and you just have to stay with it, and it’s very challenging.” 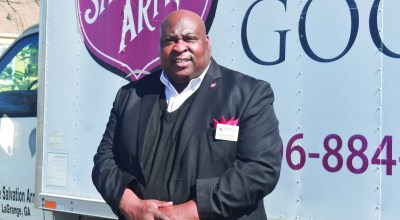