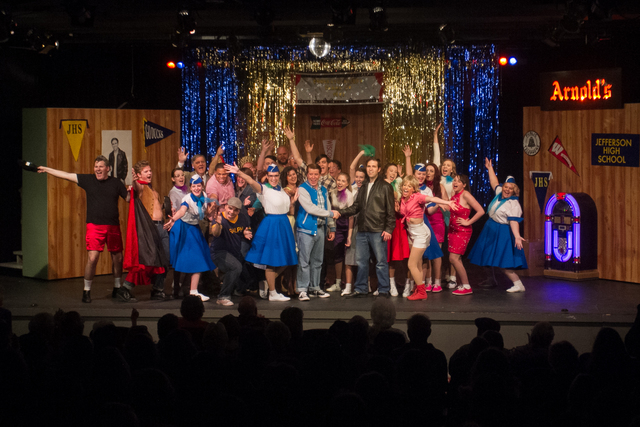 The season begins with its seventh Annual Performing Arts Camp for youth, currently in registration and set to be held Monday, June 13, to June 17. Its final performance is set for the evening of June 18. The camp is directed by its founder, international performer and educator Julia Langley of Cirque Dreams.

This year’s camp is themed “Under the Big Top” and is open to students aged 6 to 15.

The weekend of Aug. 25 to 27, NHCT will open the season with the Broadway musical “13.” An upbeat, coming of age musical with a rock score by Jason Robert Brown, “13” features actors and musicians aged 13 through young adult.

The production will be directed by Amy McDow, theater educator and owner of Artistic Moments. Musical direction will be supervised by Maggie McDonald, musician and owner of Pure Life Studios in LaGrange. Auditions will be July 14 and 16.

“The Crucible,” Arthur Miller’s 1953 Tony Award winning drama, set during the Salem witch trials of the 1690s, has been a mainstay in American drama for more than 60 years. It is a parable of morality and a scorching indictment of intolerance.

Rick Adams, past president of the Florida Theatre Conference and performer, teacher and professor of theater for almost 40 years, will be directing the production. Featuring actors aged 13 and up, auditions will be held Aug. 29 and 30 and performance dates are Oct. 20 to 22.

Dec. 8 to 10 will see a reprise of the audience favorite “A Christmas Carol,” once again directed by New Horizon Theatre’s managing artistic director, Bill Nixon. This production goes beyond other adaptations with author Charles Dickens a part of the play, weaving in and out of the story. Open to actors of all ages, auditions will be held Oct. 24 and 25.

In February 2017, the younger actors will present the newly released “Singin’ In The Rain, Jr.” Featuring actors aged 8 to 20, the musical is for all ages. Actress and music educator Noelle Reed will be directing it as her fourth youth production for New Horizon Theatre. Performances are Feb. 16 to 18, 2017. Audition dates are expected to be announced soon.

The final show of the season is also a new release. Based on the 1992 movie, “Sister Act” brings its hand-clapping, high-stepping energy to the stage with gospel music, dancing and a moving story. The production will be led by Nixon, Tonya Frank and James Alsobrook — the creative team behind “Guys and Dolls,” “Smokey Joe’s Café,” “Happy Days” and other NHCT shows. Performance dates are April 13 to 15, 2017, and auditions for singers and dancers aged 18 and up are Feb. 20 and 21, 2017.