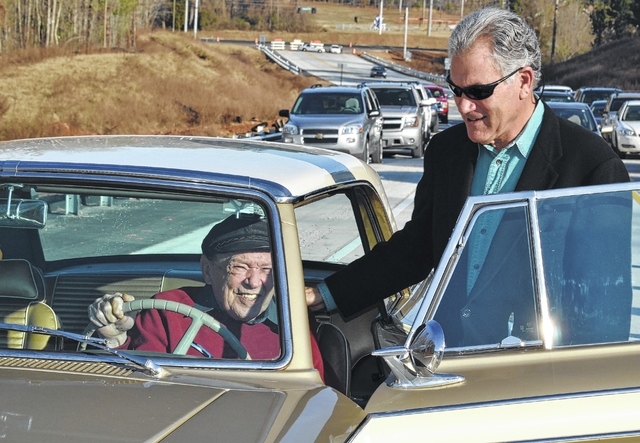 LaGRANGE — LaGrange native Chips Moman, a producer and songwriter who worked with the likes of Elvis Presley, Willie Nelson and Waylon Jennings, passed away Monday following a lengthy illness. He was 79.

Moman had battled lung disease for the past several years and was in hospice care, where he passed away peacefully surrounded by family and friends, according to a release from the family.

Born Lincoln Wayne Moman on June 12, 1937, he produced recordings for Elvis Presley, Carla Thomas, Bobby Womack and Merrilee Rush, and guided the career of the Box Tops in Memphis, Tennessee, during the 1960s. He also wrote hit songs for artists like Aretha Franklin, James Carr, Waylon Jennings and B.J. Thomas.

Moman is probably best known for producing Elvis Presley’s 1969 album “From Elvis in Memphis” and hit songs “In the Ghetto,” “Suspicious Minds” and “Kentucky Rain.”

Moman and fellow Memphis producer and songwriter Dan Penn co-wrote “Do Right Woman, Do Right Man” for Aretha Franklin and “The Dark End of the Street” for soul singer James Carr, both released in 1967.

Moman’s American Sound Studio in Memphis produced more than 120 charting hits between November 1967 and January 1971, according to Moman’s AllMusic biography by Steve Kurutz. At one point, more than a quarter of Billboard’s Hot 100 songs in one week were produced at American Sound, states Kurutz.

After leaving Memphis, Moman briefly operated a studio in Atlanta before moving to Nashville. He produced and co-wrote the B. J. Thomas hit single “(Hey Won’t You Play) Another Somebody Done Somebody Wrong Song” in 1975, which earned him a Grammy Award.

His last major production was the first studio recording by The Highwaymen — a group featuring Kris Kristofferson, Cash, Jennings and Nelson — called “Highwayman,” released by Columbia Records in 1985.

Moman settled back in LaGrange after another short stint in Memphis in the 1980s and operated a studio locally. In 2011, the extended Pegasus Parkway was dubbed Chips Moman Highway in his honor.

“We’ve got a successful native son we’re dedicating this road to,” then-County Manager Mike Dobbs is quoted saying in a LaGrange Daily News article about the Dec. 19, 2011, ribbon cutting for the road. Moman drove an early 1960s Rambler American to the event and used it to “cut” the ribbon by driving through it.

Moman’s final public appearance was during the Willie Nelson concert at Sweetland Amphitheatre at Boyd Park on May 29.

A memorial service is planned and the family will announce arrangements later.