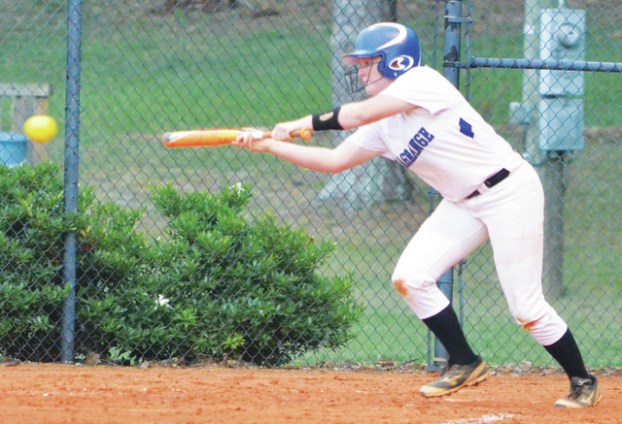 LAGRANGE – The LaGrange Lady Grangers continued their challenging early-season schedule with a home game against a formidable Heard County softball team on Thursday.

Heard County (3-3), which won a state championship two years ago, surged to a 7-0 lead on the way to a 7-2 road win over LaGrange.

LaGrange fell to 1-5, but it has faced an impressive slate of opponents including Newnan, Central-Carroll, Cedartown and now Heard County.

LaGrange’s lone win came on Saturday when it beat Callaway 10-0.

Heard County scored two runs in the third inning, four runs in the fourth and one more in the fifth to take a 7-0 lead.

LaGrange got closer with two runs in the bottom of the fifth inning, but it was unable to score again.

Hannah Karcher, who’ll be taking on most of the pitching duties now with a season-ending injury to McLain Skinner, went the distance, and she held Heard County to five hits.

LaGrange had two hits, both by Te’a Winston, and Lauren Kuerzi walked four times and scored a run in the fifth inning when Destiny Fitzpatrick reached on an error.

LaGrange will play five games over the next two days in the Callaway Classic at Shuford Fields.

LAGRANGE – That’s three in a row for the Troup High softball team. After opening the season with back-to-back losses,... read more