3D Journeys to focus on Sicily 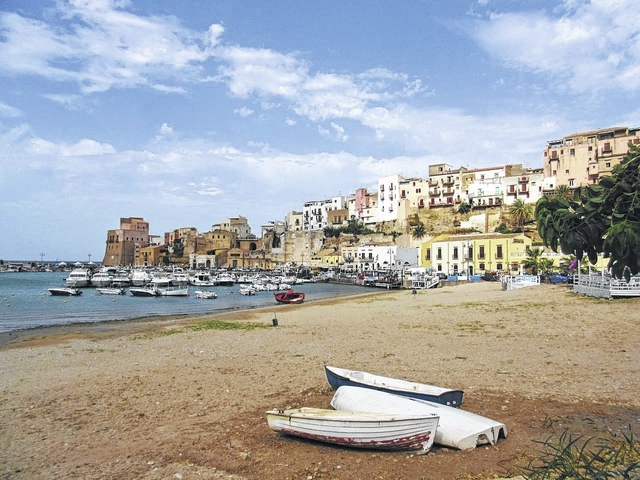 LaGRANGE — Most people can identify Sicily as the large island near the toe of the “boot” of Italy.

Some know it as the site of Mount Etna, the largest active volcano in Europe, or as the legendary birthplace of the Mafia.

While accurate, these facts vastly underestimate the spectacularly beautiful region, a popular travel destination rich in history, culture and natural wonders, said John Lawrence, Fuller E. Callaway professor of art and design at LaGrange College. He is an upcoming lecturer for 3D Journeys, the college’s lecture series and travel experience.

Lawrence, who has visited Sicily many times, was delighted when the country was chosen as this year’s 3D Journeys topic. He believes Sicily is a great place to visit, either as an armchair traveler or in person, even for those who have already traveled to Italy.

If the country were considered a feast for visitors, “Sicily would be the dessert of many different ingredients: Phoenician, Greek, Roman, Byzantine, Arab, Norman, Spanish,” he said.

Sue Duttera, a retired professor and current member of the 3D Journeys committee, agreed Sicily has much to offer, as both destination and study topic.

“The landscape of coasts, mountains and volcanoes is breathtaking. The food, which draws from many different cultures, is amazing. Sicily’s Greek ruins are more intact than anything in Greece, and the connections to both ancient and modern history are fascinating.”

This year’s 3D program kicks off Monday with a preview of the upcoming lectures. Set for 10 a.m. in Dickson Assembly Room of Turner Hall, the overview will introduce the lecturers and their topics. Like all 3D sessions, it is free and open to anyone with an interest in learning.

Details and rates for a spring 2017 trip to Sicily, hosted by LaGrange College President Dan McAlexander and first lady Celeste Myall, also will be presented. Lawrence will accompany the travelers as “in-house expert,” along with professional guides.

“The choice of Sicily as our 2017 topic has generated much enthusiasm over the summer,” said Ann Beason, who co-chairs the 3D Journeys committee with Nancy Durand. “We are excited to welcome 3D lecture-goers to campus Monday to kick off the seventh year of discovering, discussing and developing new ideas through lectures and travel.”

The 2017 lecture dates and speakers are Kevin Shirley, professor of history, on Jan. 23; Mariangela Vecchiarini, a native of Italy and professor of business and accountancy, Feb. 27; Shelley Cooper, assistant professor of musical theater and a newcomer to the LC faculty, March 27; and Lawrence, April 24. All are free and open to the public.

A Dutch-treat lunch will be available at Pitts Dining Hall following all of the sessions.

Guests should park at Sunny Gables Alumni House, 910 Broad St., for shuttle transport to the door.

Sicily Beach in Italy is shown in this undated handout photo. Sicily will be the focus of the 2017 LaGrange College 3D Journeys public lecture series.

http://lagrangenews.com/wp-content/uploads/sites/37/2016/09/web1_0922LC3DJourneys.jpgSicily Beach in Italy is shown in this undated handout photo. Sicily will be the focus of the 2017 LaGrange College 3D Journeys public lecture series.