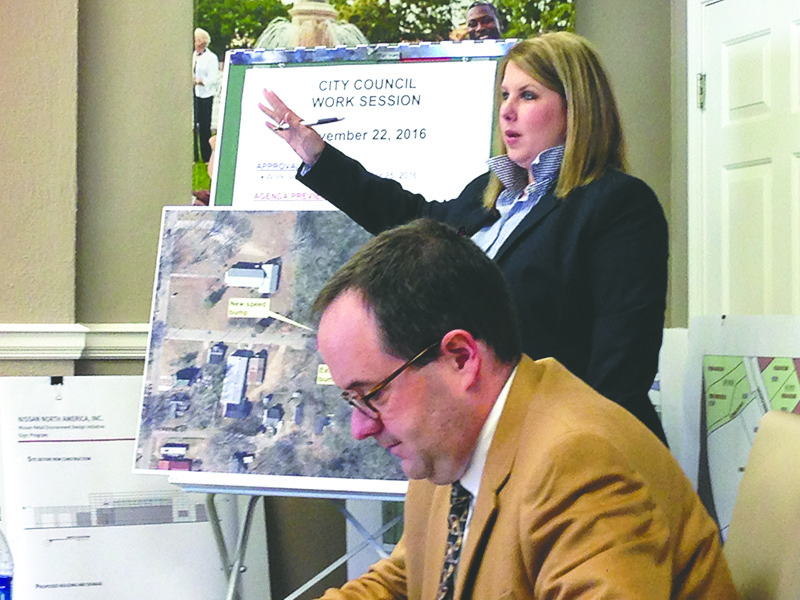 LaGRANGE – The LaGrange City Council reviewed a petition from residents from the 500 block of Ware Street requesting the relocation of a speed bump and a ban on parking on the block in order to make the road safer on Tuesday.

The section of road in question is located on a hill where limited sight distance has given the residents reason for the concern, and the council plans to create an ordinance that would address the safety issue at a future date.

“The request is from the residents on Ware Street,” said Mayor Jim Thornton. “The city council or the staff could move the speed bump on their own, but it would take a council action to prohibit parking.”

Traffic Unit Supervisor Delton Armstrong conducted a site survey on the road following the request and recommended prohibiting parking on that section of Ware Street.

“The police department has recommended moving that speed hump, and also requested to ‘no park’ the areas from the house at 513 down to the house at 517 to help alleviate when people come over that hill to make sure that no one is hurt,” said City Manager Meg Kelsey.

The parking ban would focus on the section of road within 100 feet of either side of the hill where the line of sight is most limited, but part of the road close to the intersection would be covered as well under state law.

“There is also a state law about parking within so many feet of the intersection,” said Thronton. “… (So) the east side would have no parking anyway because of the traffic control device.”

The city council plans to hold a public hearing on an ordinance prohibiting parking on the 500 block of Ware Street during their regular meeting on Dec. 13 at 5:30 p.m. at 208 Ridley Ave.