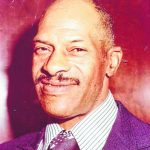 Troup County Sheriff’s investigators believe they have found the remains of a man reported missing for more than a year.

On Tuesday, investigators were notified that a person walking in the area of Ike Davison Road found what appeared to be human skeletal remains and clothing. Lawmen identified the clothing as what Leroy Hubbard, 87, of Shake Rag Road was believed to be wearing when he was last seen. The location where the remains were found is about 2.5 miles from Hubbard’s last sighting.

At the time of Hubbard’s disappearance, it was believed that he left walking in the early morning or late evening hours. The Troup County Sheriff’s Office along with multiple other agencies conducted an intense search of the area for nearly a week with no sign of Hubbard. No foul play is suspected at this time, according to a press release from the sheriff’s department, however the remains will be sent to the Georgia Bureau of Investigation Crime Lab for further examination.

For more than a week following Hubbard’s disappearance, law enforcement officers fanned out on all-terrain vehicles, foot and horseback. A Georgia State Patrol helicopter was brought in to aid in the search. Sheriff’s deputies, county firefighters, LaGrange police and fire officials all plodded through rural farmland and thick woods in search of Hubbard, who sheriff’s spokesman Stewart Smith said is believed to suffer from dementia.

“At this point, he’s been listed on a statewide database, GCIC (Georgia Crime Information Center), and NCIC (National Crime Information Center),” Smith said after the search had gone on for a month. “We’ve checked everything in the general area – every road, every field – we’ve also contacted hospitals, homeless shelters. All the cards are still on the table and we’re hoping that someone possibly picked him up and gave him a ride somewhere.”