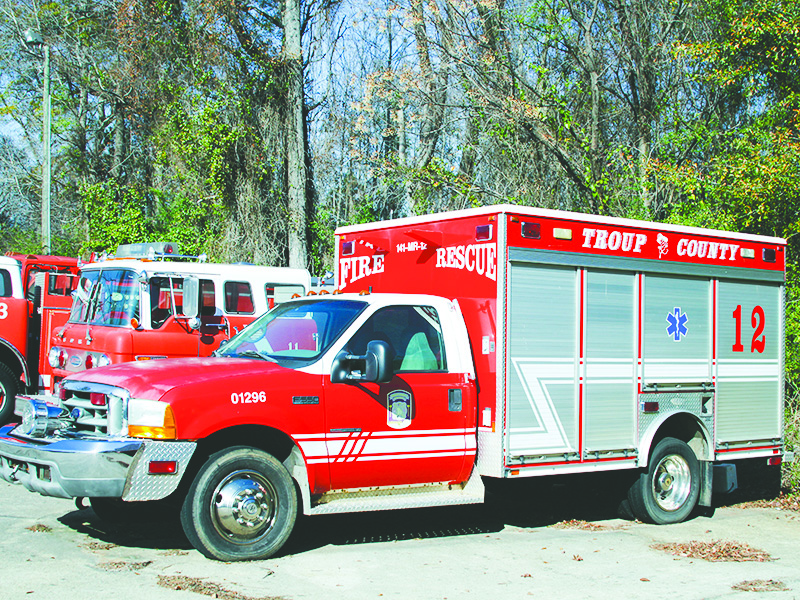 LaGRANGE – After years of service and thousands of lives saved, Fire 5 Rescue 12 was retired from the Troup County Fire Department’s fleet on Tuesday.

The firetruck was custom built for the fire department in 1999 and answered calls for fires, car accidents and other emergencies during its years of service.

“It’s a ’99 model and it averaged – when it was in service around 900 calls a year, so it has probably answered around 13,000 emergency calls in Troup County,” said Troup County Fire Chief Dennis Knight.

According to Knight, the Troup County Fire Department answers about 15,000 emergency calls a year and roughly 70 percent of those calls require medical assistance. The newly retired truck was the one of the main trucks to go on medical calls.

The truck was replaced at that time with a new truck to go out on calls, but it was not immediately decommissioned because the fire department hoped to be able to put at least part of the truck to further use.

After review, Knight had reservations about putting the truck on a different chassis then it was built for due to performance concerns, so the department requested to retire the truck so that it could be auctioned off. After some deliberation about possible reuse during a work session, the Troup County Board of Commissioners agreed to retire the truck so that it can be put up for auction.

“The body is worth more than the chassis,” explained Knight. “When we get our (offers) that’s what we’ll look at to make sure that we get as much as we can out of it.”