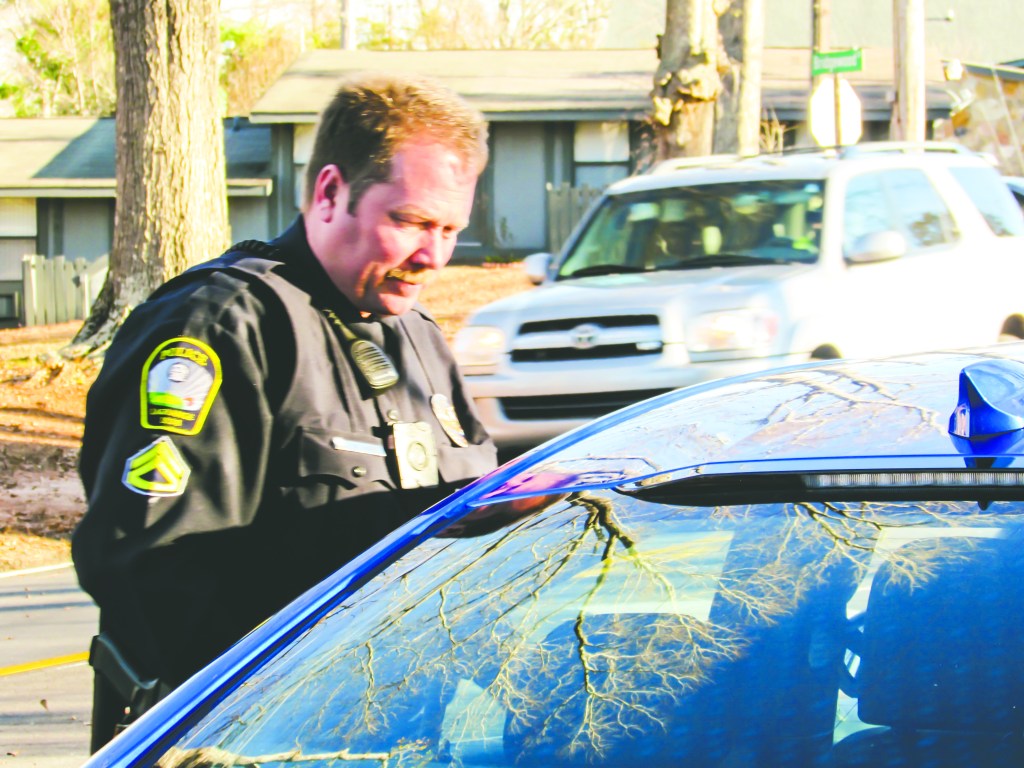 LaGRANGE – The parties to ring in the new year are expected to start early this weekend.

Since the holiday falls on a Sunday, local law enforcement officers believe most revelers began celebrating Friday night. But those partiers were not alone.

LaGrange police officers are stepping up their patrols this weekend to ensure people safely ring in the new year – especially on the roadways.

“I don’t think people intentionally go out and party and say, ‘I’m going to get drunk and get pulled over by police,’” said LPD Senior Patrol Officer Wesley Engle. “But they end up drinking too much and that’s when their judgement becomes impaired … then their coordination.”

Some partiers will then get behind the wheel and that is when disaster can strike, Engle said.

“Everyone is affected when someone drinks and drives and kills someone,” he explained. “The victim and their family, the driver and their family. The driver or the victim may have been a single parent … or the only one who brings a steady income into the family…”

Engle is an expert in detecting motorists who may have had too much to drink.

He was a member of the LaGrange Police Department’s DUI task force. During that time, the Senior Patrol Officer stated he made 140 DUI arrests and had 139 convictions.

Engle will be part of the crew out in force this weekend, patrolling city roadways and holding traffic safety checkpoints around the city.

“We’re just trying to get people to either stay home and drink or have a designated driver,” he said. “Find another option. If you’re going to have three or four drinks; hire a limo, get a designated driver … it will be a lot cheaper than getting a DUI and having to pay fines, court fees and more – or killing someone.”

“Most prescription medications, like Xanax, say on the bottle, ‘Don’t operate heavy machinery.’ A car would be one of those things,” the officer stated. “Then you add alcohol on top of the medication and that’s just bad news.”

LaGrange police officers hope more people will drink responsibly and plan ahead in case their night gets out of hand.