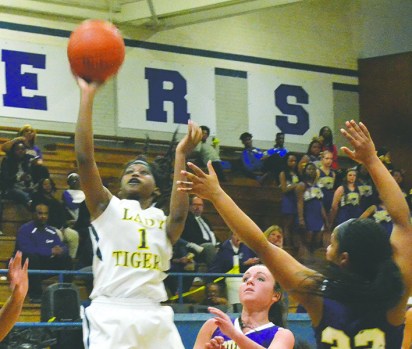 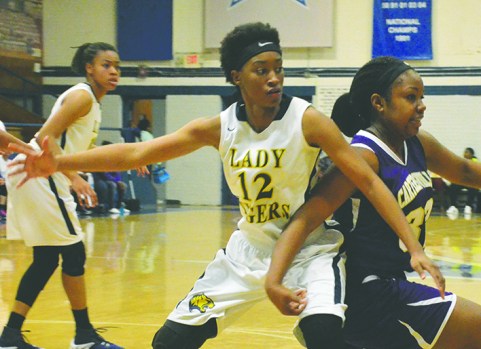 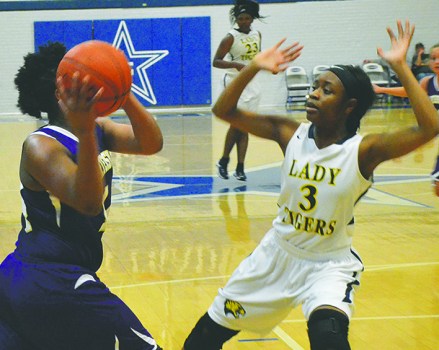 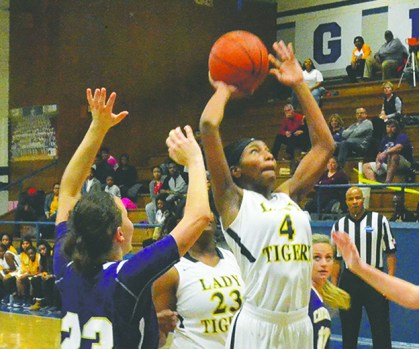 The Troup Lady Tigers, facing a must-win scenario in the opening round of the Region 5-AAAA tournament, beat Cartersville 43-35 on Tuesday night at LaGrange High.

Troup advances to the semifinals on Thursday to play top-seeded Sandy Creek, while also securing a spot in the state tournament.

While the Lady Tigers still have plenty of goals they hope to achieve, making it back to state for the second straight year is a big deal.

“It means a lot,” Troup’s Kwyneshia Spence said. “For all the seniors, this is our last year. Starting from the ninth grade, we’ve progressed a lot.”

After some down years, Troup finished fourth in its region last season before falling in the opening round of the state tournament.

“I thought we were the best team with a losing record,” Troup head coach Carla Thornton said. “And we almost knocked off a number one (at state). Our goal this year, is to do better than last year.”

That Troup would beat Cartersville was hardly a sure thing.

The teams split their two regular-season meetings, and Cartersville won at Troup on Friday.

Tuesday’s game was close at the half, but Troup broke it open in the second half thanks to a dominant defensive performance.

Midway through the fourth quarter, Cartersville had only scored three points in the second half as Troup built a 15-point lead to put it away.

When the Lady Tigers have had their most success this season, a stingy defense has been their calling card, and Thornton said that was a major point of emphasis during Tuesday’s game.

“That’s what we focused on,” Thornton said. “We’ve got to get back to the things that we were doing at the beginning of the year. What we were known was for defense. We just had to focus on that.”

Spence scored nine points, and she made back-to-back 3-pointers in the third quarter that helped Troup create some separation.

It did take Troup a little while to get going, with Cartersville taking a 13-5 lead after the first quarter.

Troup heated up in the second period and outscored Cartersville 16-6 to take a 21-9 lead at the break.

Cartersville scored the first basket of the second half to tie it, but Troup took over from there.

Madden pulled down an offensive rebound and scored to give the Lady Tigers a 23-21 lead, and that was the start of a 10-0 run that featured two 3-pointers from Spence.

Troup led by as many as 16 points in the fourth quarter before Cartersville scored some late baskets to make the final score more respectable.