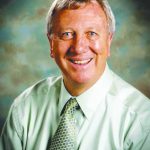 James (Jimmy) Preston Holley, 69, of Hahira died February 14th, 2017 in Valdosta, Ga.  He was born February 23, 1947 in Langdale, AL to the late James and Frances Holley. He loved the Lord and was a member of Northside Baptist Church where he loved spending time with his Sunday School Class.

Coach Holley was a high school history/physical education teacher who coached football for over 30 years. He coached at Decatur High School where he was a part of the 1971 Alabama State Championship team. In 1981 he returned to his hometown of Lanett, Al, where he was an assistant coach and later he became the head coach. In 1985, he joined the coaching staff of Troup High School as Defensive Coordinator and then served as head coach. In 1997, he joined the coaching staff of Handley High School. There he served as an assistant coach and then head coach. He retired as principal of Handley High School in 2010. After retirement he was employed with R & S Sports until his death. He loved spending time with his grandchildren and being involved in his family activities.

Coach Holley is survived by his wife, Kathy Reed Holley; his three children and their spouses Katie and Randy Owens of Douglasville, Ga; Steve and Shalyn Holley of Valdosta; and Will and Jessica Holley of Louisville, Ky. He is also survived by three grandchildren, Tyler Holley, Rilyn Holley, and Harris Holley; a sister, Melanie Poe of Lanett, Al; and two nieces and their spouses, Hollye and Roddie  Beck of Auburn, AL and Karol and Nathan Jarrell of Valley, Al.

In lieu of flowers the family has request memorials be made to Northside Baptist Church, 200 E. Park Ave., Valdosta, GA 31602 or to the Southeast Georgia Fellowship of Christian Athletes, 1709A Gornto Road, Valdosta, GA 31601.

Condolences to the family may be conveyed online at ww.mclanecares.com. Carson McLane Funeral Home.