‘We start with yes’ 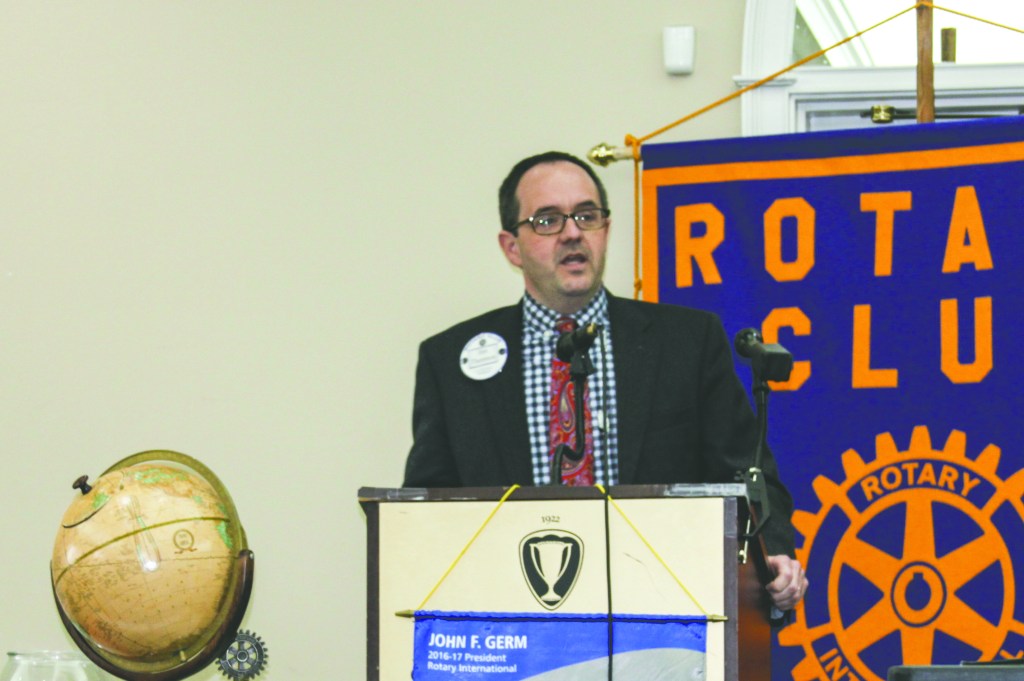 Caption: LaGrange Mayor Jim Thornton addresses the Rotary Club regarding challenges and success in the city on Wednesday. (Photo by Alicia B. Hill | LaGrange Daily News)

LaGRANGE – LaGrange Mayor Jim Thornton discussed the successes throughout the city and county – ranging from the introduction of Jindal Films to road projects – with members of the LaGrange Rotary Club on Wednesday, but he also discussed the challenges that he has faced in his time as mayor.

Thornton – who served on city council before being elected as mayor and on local boards prior to that – has actively sought to be at the heart of LaGrange’s growth for years, and in being part of that growth, he has seen the difference that active community members can make, he said.

“We have to recognize that most good ideas don’t start at City Hall,” said Thornton. “Most good ideas start out in the community, and we need to have the community empowered and inspired to bring forward those good ideas and to bring them to the attention of the city, county, chamber, whomever, and to also change the attitude – that I think was a perception, it wasn’t reality, but the perception – that city hall was your regulator. That  City Hall was going to say what you couldn’t do, and so my mantra has always been, we start with yes.

“When you bring an idea to us, we start with yes. That doesn’t mean we can do it exactly the way you want it. It doesn’t mean that we implement everything on the checklist, but it means that we don’t say no. That we say, yes, let’s figure out how it can work, or let’s figure out how it can be made better. And so, I think that the biggest challenge has been to develop that sense of ownership in the community, and that responsiveness from the elected officials.”

Thornton applauded the efforts that have already been made to take ownership of neighborhoods and communities by the people living there and pointed out positive example set by Calumet Village, where community leaders  have made recent efforts to revitalize the mill home village beside LaFayette Parkway. But just because the neighbors were leading the effort, that did not mean that the city did not want to help.

“When they did that, (Councilman) Nick (Woodson) and I were falling all over ourselves saying how can we help?” said Thornton. “What can we do? Because we were so excited to see that community come together, and to take ownership and to want to improve their area of town. We wanted to be helpful and responsive in any way we could.”

The city has sponsored efforts to improve the park and a public safety initiative in the area as a response to the neighborhood’s desire to improve, and Thornton looks forward to efforts in other neighborhoods in the future.

“To me the model is never me as mayor going into your neighborhood and saying I want to change things,” said Thornton. “The model is when a fine neighborhood or community comes together for them to say we want to improve things.”

The mayor and city council are always available to the public at their regular city council meetings on the second and fourth Tuesdays of the month. Their next meeting is on Feb. 28.