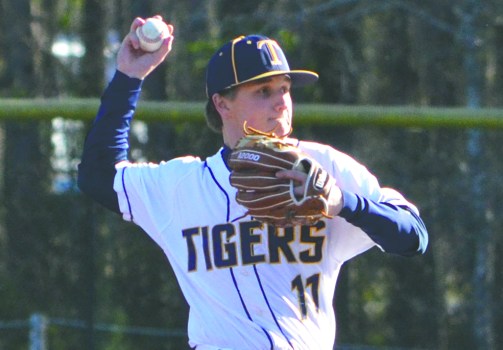 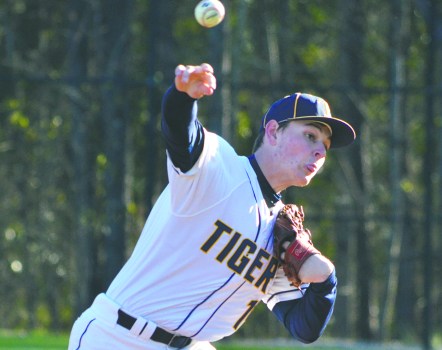 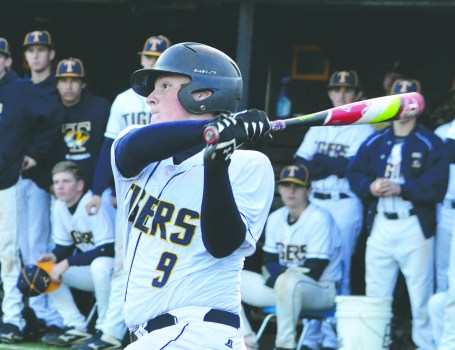 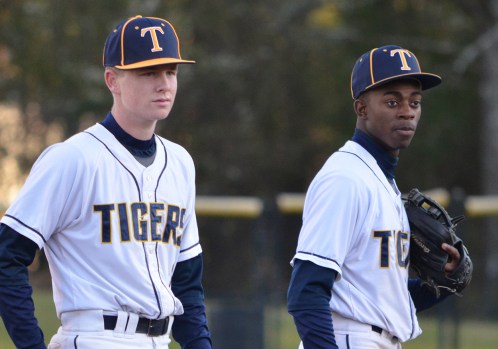 LAGRANGE – It was another phenomenal pitching performance for Troup’s Jarred Helton, but it wasn’t enough.

Helton pitched a complete game and was superb, but it was Cedartown walking away with the 1-0 victory in the Region 5-AAAA game on Thursday.

Troup, which beat Chapel Hill in its region opener on Wednesday, fell to 1-1 in the region heading into today’s showdown at LaGrange.

Helton was the tough-luck loser.

The senior right-hander, who was coming off an equally impressive effort in the Perfect Game High School Showdown last week, had his way with Cedartown’s batters most of the way.

With two outs in the top of the seventh inning, Cedartown’s Dalton Prince came through with a two-out, RBI single to drive in the game’s only run.

“Your pitcher goes out there and throws 73 pitches in a seven-inning ballgame, and he backs up a 70-pitch performance this past weekend, you can’t do any better than that,” Troup head coach Craig Garner.

Unfortunately for the Tigers, they were unable to get much going offensively.

While Troup had some scoring opportunities, it was limited to two hits by Cedartown’s Casey Newsome, who pitched the shutout.

For Troup, Helton was a bright spot in a losing effort.

Helton isn’t throwing the ball by many batters, but he also isn’t giving up many hard-hit balls.

“He’s just keeping hitters off-balance,” Garner said. “He’s throwing great pitches, working both sides of the ball, in and out, up and down, he’s changing speeds. You can win a lot of high-school ballgames doing that.”

Helton works quickly, he gets ahead of batters, and he has a defense that is making the plays behind him.

Helton threw first-pitch strikes to 14 of the 24 batters he faced, he didn’t walk anyone or hit any batters, and he allowed just five hits.

Cedartown’s single run in the seventh inning was enough to win the game.

Jack Haney reached on a one-out double, and he was still on second with two outs when Prince came to the plate.

Prince drove the ball to center field for a base hit, and Haney came home with the go-ahead run.

The Tigers threatened in the bottom of the seventh.

Cooper Doughman’s hard-hit ball was dropped by a Cedartown outfielder, and Neal Searels followed with a sacrifice bunt to put the tying run on second with one out.

With two outs, Ken Truitt hit the ball on the nose, but his line drive went right to the shortstop who made the catch for the final out.

Troup had a great chance to break through and take the lead in the first inning.

With two outs, Ryan Bliss delivered a double, and he stole third before Colby Williams was intentionally walked.

Newsome got a pop-out for the third out, and Troup left men on second and third.

Doughman led off with a base hit, but Newsome got the next three outs to keep Troup off the scoreboard.

In the fifth inning, Helton led off with a walk and Truitt’s bunt moved courtesy runner Luke Swanson to second, but once again the Tigers came up empty.

Troup will look to bounce back today when it visits the rival LaGrange Grangers at 5:30 p.m.

It will be the region opener for LaGrange.