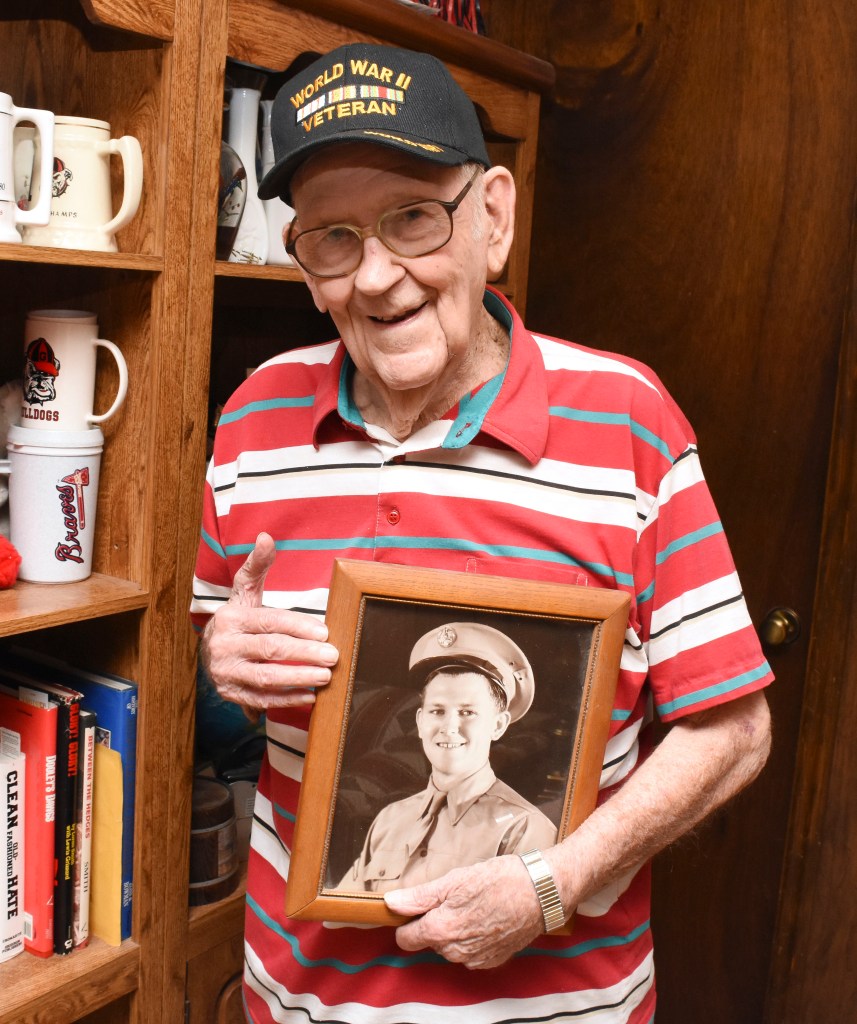 John Murphy will turn 95 in a month, but he still remembers his time in the military like it happened yesterday.

Murphy was drafted into the U.S. Army in 1943, right in the middle of World War II. His outfit had just finished a campaign in Africa when he joined them. It wasn’t long before the combat engineer and the rest of his outfit were in Germany and France.

“I really don’t know how to describe what it was like,” Murphy said. “If you weren’t scared, you were crazy.”

He still remembers the day the war ended in Europe, including the date — May 8, 1945.

Murphy was born in LaGrange and has lived in the city all of his life. He attended LaGrange High School before taking a job at Callaway Mills.

The only time he ever left LaGrange was for the war. He simply never wanted to be anywhere else.

“It’s my hometown,” he said. “I love it here. It’s where I was born and all my people were here until they passed away.”

Murphy received an honorable discharge in November 1945 and went back to work for Callaway Mills. In time, he transitioned over to Troup EMC.

By the time he retired in 1985 after 34 years, Troup EMC had changed its name to Diverse Power.

Murphy called bingo at the Elk’s Lodge for about five decades before his health declined a bit in the last six months.

He’s been a member of the Elk’s Lodge for 62 years and still helps serve and prepare food for veterans during special occasions, such as Veterans Day.

He and his wife Jeanette were married for 44 years before she passed away in 1990.

Until recently, Murphy was still walking around often, which he said is a secret to a long life.

Murphy still gets around well for someone his age and he loves the University of Georgia football team.