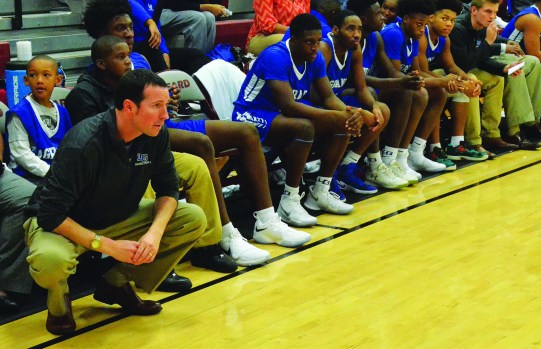 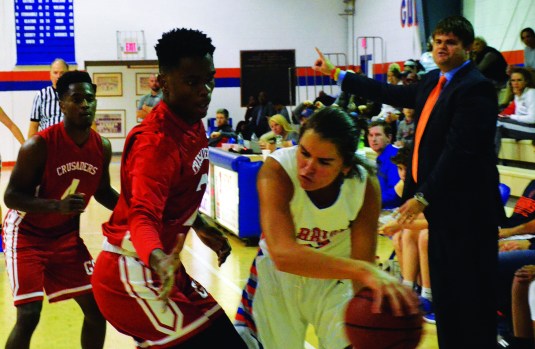 The LaGrange Grangers have enjoyed tremendous success in recent years on their home floor, and head coach Mark Veal believes part of the credit for that extends to a rowdy group of students who always make game nights at the school an event.

The fans used to call themselves “Mike’s Maniacs” in honor of former head coach Mike Pauley.

Mark Veal took over as LaGrange’s head coach before the 2015-2016 season, so now the students refer to themselves as “Mark’s Maniacs.”

Whatever they’re going by, the fans bring a passion and an energy to the old gym at LaGrange High, and Veal said he appreciates it.

LaGrange will play its home opener today against Northside, with the girls’ game set to tip off at 6 p.m., and the boys’ game to follow.

“We feel we have one of the better home-court advantages in the state,” Veal said. “That helps us out, the way that our fans come out and support us on a nightly basis. That makes a difference.”

The Grangers have played a lot of big games over the years.

In the past three seasons, in fact, LaGrange has won three straight region championships while making two trips to the elite eight.

Veal said the support at home is the same, regardless of the importance of the game.

“Last year, every game we played was a big game, with a big crowd,” Veal said. “It was (like that) whoever we were playing. It was a lot of fun. It was exciting.”

Today’s games at LaGrange are a part of a busy week for the local basketball teams.

While Callaway’s teams won’t play their openers until Dec. 4, the teams from LaGrange High, Troup, LaGrange Academy and Lafayette Christian will all be in action this week.

LaGrange High’s teams opened the season against Newnan last week, and they both  fell short.

In the boys’ game, LaGrange rallied from a big deficit in the second half before losing to Newnan 61-60.

The Grangers trailed by 25 points in the third quarter, but they charged back and got as close as one in the closing moments.

“We showed some fight, and showed that we’re never going to quit,” Veal said. “It was pretty impressive how we came back, and we had a chance to win.”

LaGrange is playing a challenging early-season schedule, which head coach Stephen Tuck believes will be beneficial for a veteran team looking to do some big things this season.

LaGrange’s teams will finish the week with road games against Northside on Friday.

Troup’s teams, which have each played two games, will continue the season with road games against Newnan today.

Troup’s boys’ team will play its first game as a full unit today with the return of the football players.

Troup was short-handed in its first two games against Spalding County and East Coweta.

Troup opened with a 49-40 loss to Spalding County before falling to East Coweta 71-48.

Troup senior guard Jarrious Jefferson led the Tigers in scoring in both games, and he’ll be joined by some of his veteran teammates today with the return of the football players.

“We’ve got everybody back,” Troup head coach Blake Craft said. “It’s going to be fun.”

The two games gave the new players an opportunity to find out what varsity basketball is all about.

“We’re still real young,” Troup head coach Carla Thornton said. “I’ve got two players who have played a lot of varsity. Everybody else is kind of new to it.

LaGrange Academy’s teams are on the road against Brookstone today, and they’ll host Solid Rock on Friday before visiting Brandon Hall on Saturday.

Callaway’s teams will open the season on Monday at Whitewater.