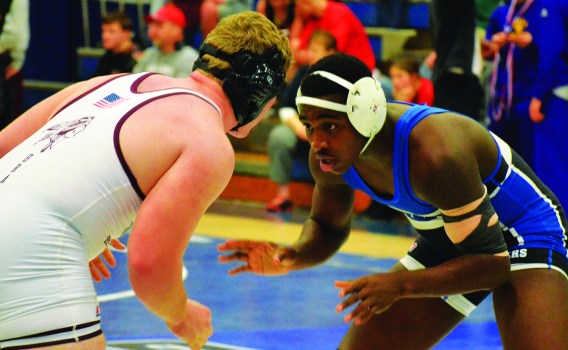 LaGrange’s Dexter Fitzpatrick and Callaway’s Justin Kiss each walked away with championships on Friday during the Gary Silva Invitational at Gardner Newman Middle School.

Overall, 14 combined wrestlers from Callaway and LaGrange placed during the tournament that featured 11 teams.

Oxford (Ala.) rolled to the team title, and Heard County, LaGrange, Pike County and Whitewater rounded out the top five.

Kiss, in winning his second tournament of the year, took the top spot in the 113-pound weight class with a 4-2 win over Chase Hicks of Oxford.

Fitzpatrick went 3-0 at 195 pounds to capture the championship, and he beat Sam Brown of Heard County in the title match.

Seven other LaGrange wrestlers finished fourth or higher to place and earn a medal.

For Callaway, Anthony Elliott reached the title match at 182 pounds.

OF NOTE: For complete coverage of the Gary Silva Invitational, check out Tuesday’s sports section. And for more photos, go to Facebook.com/LDNSports