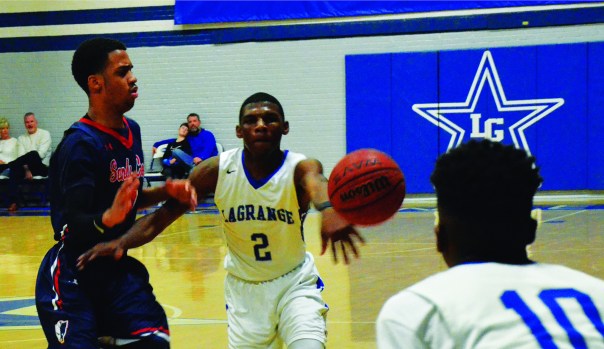 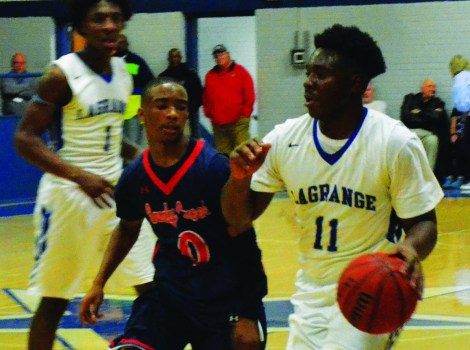 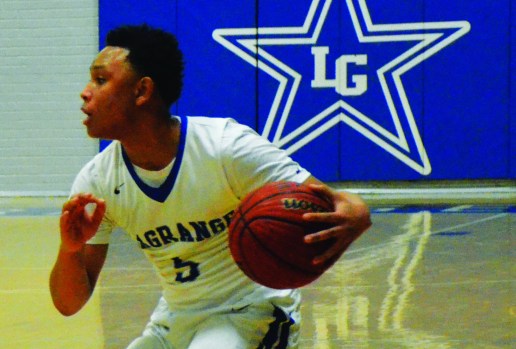 The Grangers had a nine-point lead with a little more than four minutes to play, but the Patriots rallied and had a chance to tie it in the closing moments.

The Patriots missed what would have been a game-tying 3-pointer with three seconds left, and they scored at the buzzer on a put-back to make it a one-point margin of victory for the Grangers.

LaGrange improved to 3-2 in the region.

Last season, Sandy Creek wiped out a large deficit to force overtime before losing to LaGrange 65-58 in the region-title game.

On Friday, Sandy Creek was a 3-pointer away from sending another game to overtime, but it was LaGrange’s night.

“Last year, we played them here at home and got a big lead at halftime, and they battled back and made it close,” LaGrange head coach Mark Veal said. “I knew the same thing could happen tonight, and it did. But it was nice of our kids to hang on. There’s no such thing as a bad win.”

Bo Russell led the Grangers with 22 points, and Daz Williams made a pair of 3-pointers and scored 11 points.

The Patriots began to claw their way back into the game in the third quarter, and by the time the final period began they trailed 41-32.

After the Patriots got as close as five, Russell’s break-away dunk put the Grangers back up by seven.

The Patriots hung tough, though, and they got within two with 27 seconds remaining.

After the two teams traded turnovers, Williams was fouled, and he went to the free-throw line with nine seconds left.

Williams made the first free and missed the second, so the Patriots were within three with plenty of time remaining.

LaGrange will finish the first half of its region schedule with a road game against Chapel Hill today.

“We’ll celebrate tonight, and go on the road for another region game,” Veal said.