Pair of Grangers ready for next step 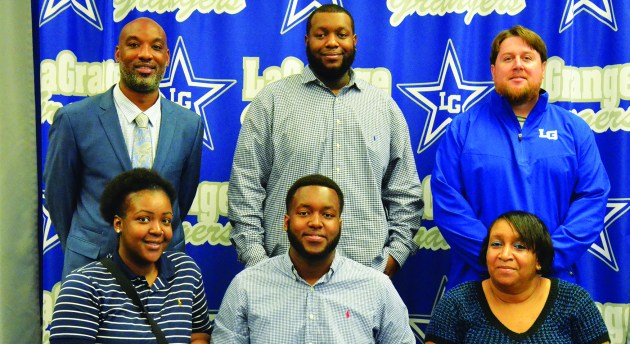 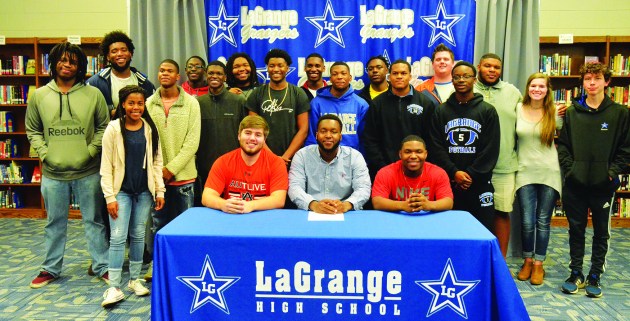 It was a quick conversation.

During his time as a football player at LaGrange High, Dezhaun Artis once considered leaving the team, but head coach Dialleo Burks was having none of it.

“He was ready to quit,” Burks said. “I told him I’m not going to let you do that. And he had a legitimate reason. Most of them are not. He needed (football). And it turned out very well for him.”

Artis, along with fellow Granger Tyrese Thornton, signed a letter of intent to play college football during a ceremony at the school last week.

Artis is staying in his home state to play at Reinhardt, while Thornton is heading to Illinois to play at Lindenwood.

While the 2017 season was a difficult one for the winless Grangers, Artis and Thornton both managed to stand out, and now they’re getting an opportunity to play college football.

Artis, obviously, is pleased with his decision to remain on the team and keep playing a sport that has meant so much to him.

“Without being a member of this team, I would not be the man I am today,” Artis said. “This team has taught me to finish strong, never give up, and be the best person I can be on and off the field. This team means everything to me. I love this team so much.”

Artis was a free safety and linebacker for the Grangers, and his senior season was his best, at least from an individual standpoint.

Even though things didn’t go the Grangers’ way in the win-loss column, Artis still considered it a successful season.

“Obviously, at the end of the season, no matter what happens, if you put in the work, you’re going to get your reward,” Artis said. “That’s what I was focusing on, and doing what I can to help my team succeed.”

Artis is also grateful for everything Burks did to help him.

Thornton was an offensive lineman for the Grangers, and like Artis, he didn’t let the difficulties the team was enduring keep him from giving it his all.

Now, Thornton will get a chance to keep playing football, and have part of his school paid for.

“It means a lot to me,” Thornton said. “I worked a lot, worked hard just to get to this place.”

The place Thornton is going to do is a long way from LaGrange, and he’s fine with that.

“It was pretty smooth,” Thornton said. “They worked with me a lot. I’m ready.”