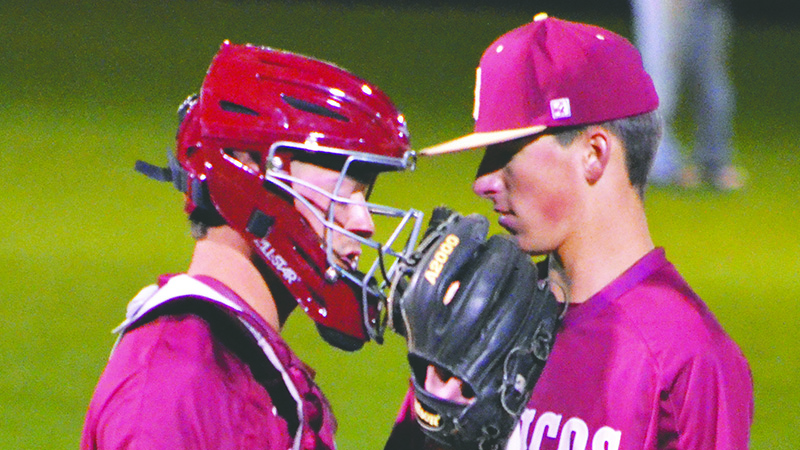 It was a happy homecoming for Titus Martin.

Martin enjoyed a successful stint as a LaGrange College baseball player, and he helped the team win a national championship in 2003.

Martin was the Panthers’ top starting pitcher that season, posting an 11-4 record with a 2.52 earned run average.

This past weekend, Martin was back at a place that holds such a special place in his heart.

Martin is now the head baseball coach at Brookwood High, and his team was one of the eight participants in the LaGrange Toyota Invitational on Friday and Saturday.

On Saturday night at LaGrange College, Martin’s Brookwood Broncos found themselves in the championship game against Pace (Fla.).

Brookwood was trailing 5-1 after the fourth inning, but it rallied for a 7-5 victory to capture the tournament championship.

“We’re using to our guys giving up one run or less, and they didn’t have it tonight,” Martin said. “So our guys stepped up, and we just waited for that big inning.”

In the bottom of the sixth inning, the right guy was up at the right time.

Will Banfield is a catcher for Brookwood, and he’s one of the country’s top prospects.

Banfield was pitched around consistently in the tournament, but when he came up in the sixth inning, the bases were loaded in a tie game, so he knew he was going to get a pitch to hit.

Banfield drove a pitch to left field for a two-run single, and Brookwood had a two-run lead.

Pace was unable to answer in the bottom of the inning, and Brookwood had the come-from-behind win.

“He got pitched around all weekend,” Martin said. “I think he had eight or nine walks.”

Tim Martin had a hit and two RBIs for Brookwood, and Ty King Richards had a triple and scored three runs.

Derrius York was the fourth and final pitcher for Brookwood, and he threw two scoreless innings to get the win.

For Pace, Dalton Childs had two hits and an RBI, and Chase Bragg, Bradley Taylor and JC Preacher each had a hit and an RBI.

For Martin, winning the tournament was the cherry on top of what was an enjoyable weekend as he returned to his home for four years.

“Personally, it was great to see everybody, and be back in town,” Martin said. “It was real special.”

Martin also made sure it wasn’t just about baseball for his players during the weekend.

On Friday, Brookwood’s players paid a visit to The Discovery Cottage, a facility for special-needs students at Lafayette Christian School.

“We went to Discovery Cottage, and that was awesome,” Martin said. “All our kids went, and we toured the school and took the kids out, and we had whiffle balls and we played games with them. It was a long day yesterday, but it was well worth it.”

Buford rallied for five runs in the bottom of the sixth to get within two, but Johns Creek put it away with four runs in the top of the seventh.

Jared White had three hits with a home run, and he drove in three runs.

In the fifth-place game, Florence took the lead with two runs in the bottom of the fifth, and it beat The First Academy 10-9.