‘I learned my lesson’ 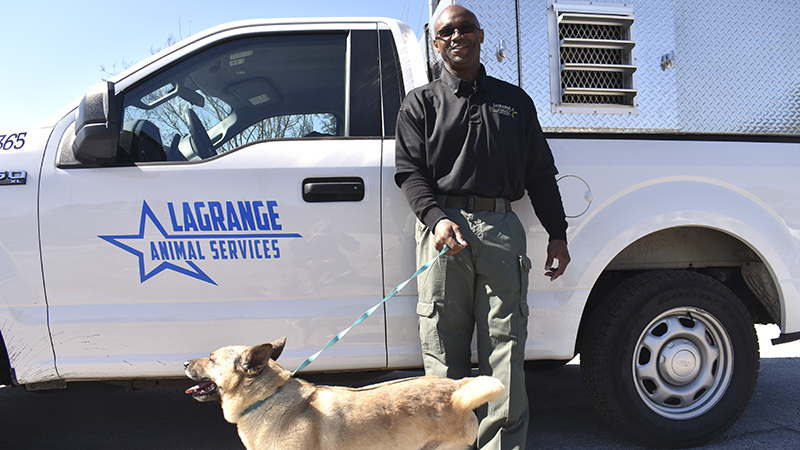 It’s been more than 20 years since David Mixon was arrested for an armed robbery, and he said he’s a completely different person nowadays. Mixon can regularly be seen working at the LaGrange Animal Shelter.

He openly shares his story, one where a 20-year-old Mixon found himself in a criminal situation and had to deal with the consequences. He hopes others will realize that one bad decision can change your life as well as the lives of others around you.

Mixon said he and two other men entered a convenience store, robbed it, took a car and led police on a high-speed chase  on Jan. 13, 1998. Police found them in the woods a couple of hours later, he said.

Mixon said he didn’t have a gun on him when the store was robbed, but was given the same sentence as the other two men.

Originally from Atlanta, Mixon had moved to Macon around the time of the armed robbery to be with his mother.

“I moved down there with her and started hanging with the wrong crowd,” he said. “I worked at a lot of fast food [restaurants], warehouses, details, shops when I was a teen, so crime wasn’t something that I woke up every day saying I was going to do. I just needed some money really badly at the time, and I went about it the wrong way.”

Mixon spent time in five correctional facilities, the last one in Troup County Correctional Facility. He said he kept asking to be transferred nearer to Atlanta, but Troup was the closest.

Mixon was transferred to Troup County in June 2012. For his prison work detail, he was assigned to work in maintenance at the LaGrange Police Department.

Working at the LPD helped Mixon transition since they didn’t treat him like a prisoner, he said.

“They treated us like people. In prison, correction officers have boundaries, and they are pretty much on a last name basis. They don’t give you handshakes or hugs or anything like that,” Mixon said. “Just being at the [police department], those were some of the best people who I had been around my entire prison sentence.”

As his sentence was ending, Mixon asked for job at the department. Chief Lou Dekmar asked around for a job that did not require a swear-in, and a position was open in animal control. He was hired in February or March of last year.

Mixon said prison is what you make of it and that it wasn’t bad for him.

“It’s like 85 percent psychological and 15 percent physical,” Mixon said. “It’s the magnitude of prison, the things that you have to go through in there — like the food, there’s no air-conditioning, there’s flies and gnats, and there might be a long line outside where you’re going to eat. It’s a lot of other things, shake downs and being outside on the yard while they tear up your dorm.”

While in prison, he earned his GED and spent a lot of time working out.

“It was a heck of an experience for me, but I didn’t let my mind be confined when I was in prison. I read a lot of books,” Mixon said. “That’s why I wear glasses because when I first came to prison I would read so much. When I would get tired, I would put my glasses on and keep reading, and it put a lot of strain on my eyes.”

Mixon said he would tell younger men in prison that when they do time, they do not do it by themselves. It also affects their families, and his mom would get very emotional when he called her.

“I would call her and I could hear her voice cracking up where she doesn’t want to get off the phone with me because she misses me,” Mixon said. “I’m her oldest son.”

He said the thought of his mother and what she was going through helped keep him grounded in prison.

“If it wasn’t for her, I don’t know where my mind would have been in prison,” Mixon said. “I try to tell guys ‘that’s not where you want to be.’”

Hearing his mother say that she was trying to get hired at a liquor store made him understand what the victim of the armed robbery he participated in went through at the time.

Mixon said he hopes people understand that those in prison are good people who just got caught up in their feelings. He once met a man serving a 12-year sentence for aggravated assault for beating up his step-father who was attacking his mother.

“I’ve been around baseball players. I was there with a guy who played for the Phillies. There was a former NBA player at the county [jail],” Mixon said. “Everybody’s not bad, some people just let their emotions get the best of them, and it costs them their life and a lot of time. Some people, it was their first offense.”

LaGrange Animal Shelter Supervisor Chris Bussey said it has been a pleasure working with Mixon.

Mixon said he likes LaGrange since it’s calmer than Atlanta and has less senseless crimes.

“I don’t want to be around that,” Mixon said. “I’m a completely different person.”

Communities in Schools continues to grow