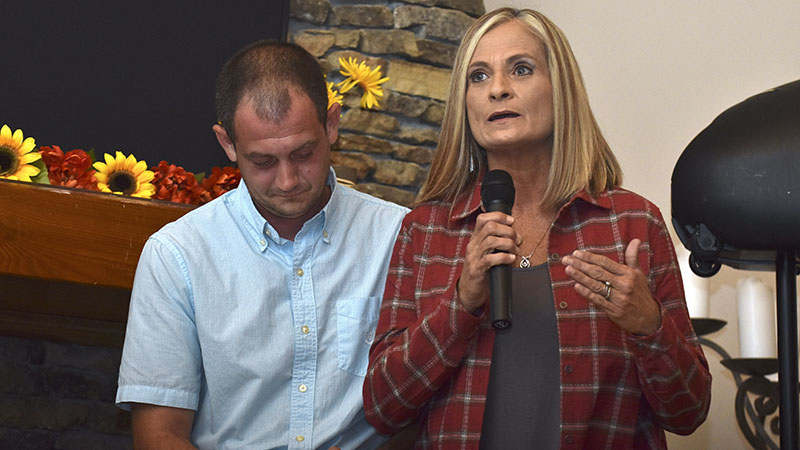 “We are faith-based, so we believe without Jesus Christ, they’re going to have a struggle overcoming the addiction,” said Hope Harbor co-founder Dee Clark.

Clark said Hope Harbor has been open for 15 years, and it started from working in a ministry at Troup County Jail.

“That’s where we realized there were so many young ladies who had a substance abuse problem, and these ladies were coming from college where somebody had offered them meth and would tell them ‘hey you can study, you can have a part time job, you can keep your apartment clean,’ but they didn’t tell them once you take it, you’re hooked,” Clark said.

Clark and her husband, Stan Clark, decided they wanted to do something for those women and took them in one at a time in their house.

“After eight years of bringing one at a time, we gave them structure, got them in church, helped them get a job or back in school,” Dee said. “Afterwards, what we did, if they got a job, we let them pay us so much a month, and we put the money aside. Then when they decided it was time for them to find their own apartment or move on, then we gave them the money that we had saved for them so they’d have money on a down payment for an apartment or buy a car. After seeing that for eight years, it worked. All eight of them are successful today.”

Dee said the program is built on unconditional love, and the banquet was for graduates. Dee said they have had 68 graduates and an 87 percent success rate.

The banquet also included graduates giving their testimonies about attending Hope Harbor. Graduate Tracey Brown spoke with her husband, Jamison Brown, about recovery, and said before she attended Hope Harbor her life was dark.

“I was angry. I was a very violent person,” Tracey said. “I never felt like I belonged anywhere and lost.”

Tracey said she learned how to forgive others through Hope Harbor. She said because of it, she now has a good relationship with her mother and her children.

“When you say you forgive somebody that means keep your mouth closed because you forgive them,” Tracey said. “You don’t keep bringing it up from time and time again. I don’t think I ever realized when you say ‘yeah, I forgive you,’ 10 minutes later I can’t get up in your face and start another argument.”

At the banquet, Stan mentioned planning and building a new facility for Hope Harbor.

A silent auction was also held at the banquet.