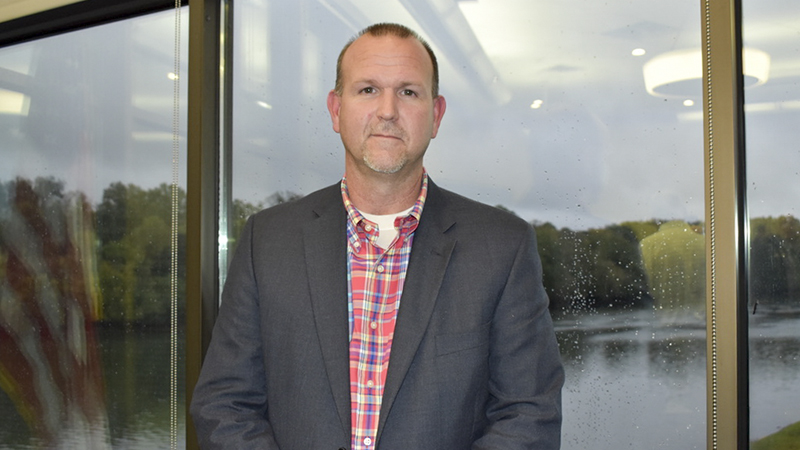 Cajen Rhodes is taking a job as an assistant city manager in Peachtree City. --Alicia B. Hill

On Thursday night, the Troup County Board of Commissioners discussed hiring a new Troup County Parks and Recreation Director to replace Cajen Rhodes, who has worked in the position since September 2016.

In comments following the work session, commissioners and staff both expressed their gratitude for Rhodes’ accomplishments in Troup County and hopes that he will be successful in his new position.

“In a relatively short period of time here, he has really set standards for us, bringing all our parks up to speed, doing a lot of painting and clean-up,” County Commission Chairman Patrick Crews said. “I think he brought an enthusiasm to the job which is very important, and I think he set some high standards for the county. I look forward to that next person who is replacing him [because] we are going to be looking for those same standards and leadership.”

“I have been offered an assistant city manager position with the City of Peachtree City, and it is just an opportunity that I can’t pass up,” Rhodes said. “So, I’ve notified the board of commissioners that I’ll be leaving, and my last day will be Nov. 30.”

According to Assistant County Manager Eric Mosley, Dec. 1 should be business as usual for county parks and recreation facilities.

“We have a fabulous depth of staff,” Mosley said. “Every sport has a coordinator. They are all extremely efficient, and we don’t feel like we’ll miss a beat.”

According to officials, the county plans to maintain the standards established under Rhodes.

“My goal personally as a county manager is to continue to keep our services at a high level and improve,” Mosley said. “We hope to through SPLOST and through other things we will be able to advance our existing parks. Over the next few years, we are spending money on improving the tennis center. We are putting some money into Pyne Road Park, and again just trying to enhance existing facilities and make them from good to great.”

Mosley will officially become the county manager later this month. Rhodes considers the higher standards and small improvements across the board his greatest accomplishments, which he hopes to see continue to improve under the next director.

Mosley said that the county has already talked to some of the front runner candidates from when Rhodes applied, but he said that there will also most likely be internal candidates, who the county strongly encourages to apply. The position is expected to be posted on Tuesday, when the Troup County Board of Commissioners will vote on whether to lift the hiring freeze. Thursday’s meeting was held in the afternoon in West Point as the commission works to hold meetings in all parts of Troup County.  The Troup County Board of Commissioners will meet again on Tuesday at 9 a.m. at 100 Ridley Avenue.