Callaway fights to the end 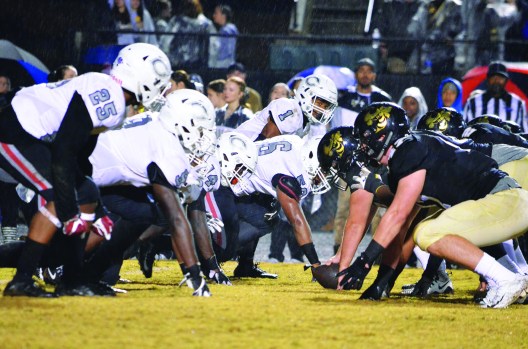 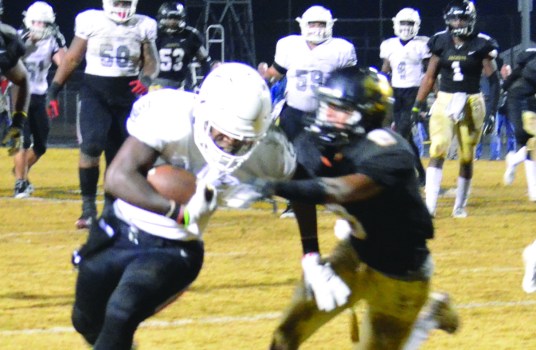 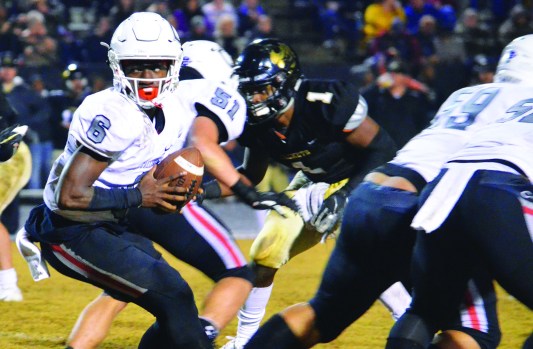 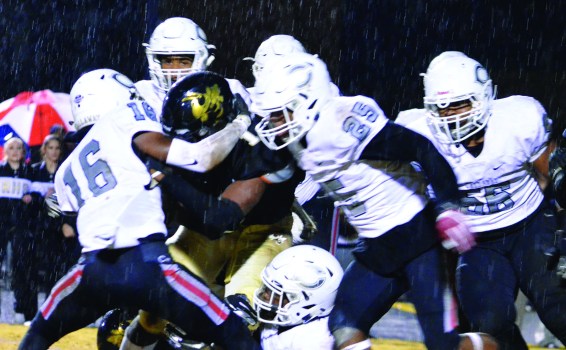 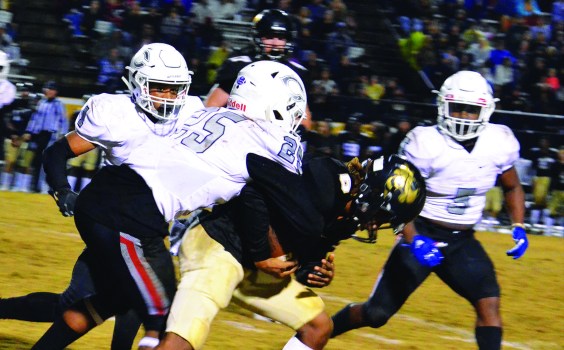 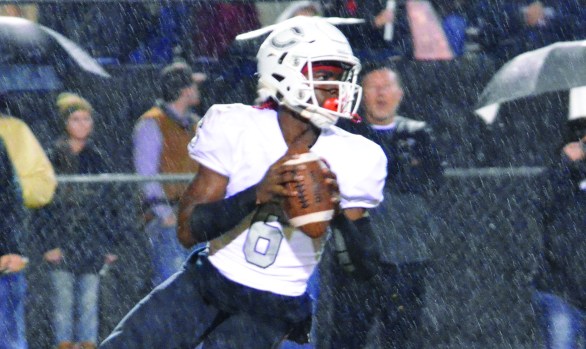 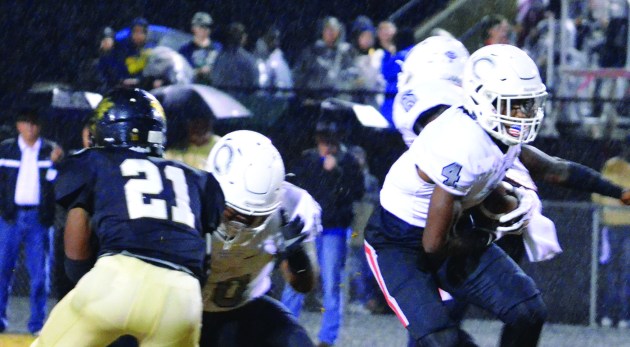 They were one big play away from getting a shot at the title.

It was a game early on that looked like it was headed for a dramatic finish, and that’s how it played out.

With less than a minute to play, the Cavaliers had the ball trailing by six, so they had a chance to win it with a touchdown and an extra point.

The Cavaliers made it to the 16-yard line in the closing moments, so they were that close to walking away with a victory that would send them to the championship game.

Unfortunately for the Cavaliers, the ending was not a happy one.

Rockmart defensive back Logan Burge saved his team’s season with an interception, and the game was effectively over.

Rockmart ran one kneel-down play and the clock ran out, giving the home team a 28-22 victory and a berth opposite Heard County in the Class AA state-title game.

For Callaway, it was a heart-breaking conclusion to a special season under head coach Pete Wiggins.

The Cavaliers went 11-3 while reaching the state semifinals for third time since 2013, and they finished with a 45-8 record over the past four years.

Callaway’s seniors were a part of the best four-year stretch in the history of the program.

“I’m really proud of our seniors, the leadership that they’ve displayed all year, the character that they’ve had through hard times, through good times, right up until the last play,” Callaway head coach Pete Wiggins said on the soggy turf of Rockmart’s stadium following Friday’s tough loss. “I can’t say enough about them. I love these boys.”

In many ways, Friday’s game was all about lost opportunities for the Cavaliers.

Twice the Cavaliers drove inside the Yellow Jackets’ 10-yard line before settling for field goals.

On two other occasions Callaway made it least as far as the Rockmart 20-yard line, but those possessions ended with interceptions.

Callaway also lost a fumble on the Rockmart 22-yard, and a fourth-down play in the fourth quarter failed from the 4-yard line. The Cavaliers also had two touchdown runs called back because of penalties, and they managed just three points on those two possessions.

Still, the Cavaliers were right there at the end.

It looked like the Cavaliers’ chances were over when quarterback Demetrius Coleman was tackled short of the end zone on a fourth-and-goal play with less than two minutes remaining.

Callaway had no timeouts left, so Rockmart could have almost run out the clock with three running plays.

On first down, though, Rockmart’s running back went out of bounds, so the clock was stopped.

After a running play on second down, Rockmart took a chance on third down and threw the ball.

That decision backfired, with Callaway’s Jalin Shepherd coming through with an interception to give his team the ball at the Rockmart 31-yard line with 1:11 to play.

Coleman completed a pass to Nathan Sapp to put the ball on the 16-yard line before Logan Burge made a leaping interception to end the suspense.

“This is a special bunch,” Rockmart head coach Biff Parson said. “It’s not going to sink in until after the season. We’re going to enjoy this ride, and we’ve got to prepare to win a state championship.”

For Callaway, the wait continues.

The Cavaliers have been one of the state’s most consistently-successful programs under Wiggins, but they’re still searching for their first appearance in a state-title game.

Wiggins had nothing but praise for his players, though.

“They give everything they’ve got to our program, to our school, to each other,” Wiggins said. “They left it on the field tonight. Again, I’m proud of our football team, our coaches, and our community.”

Looking forward, the Cavaliers will need to replace 26 valuable seniors, but there are some gifted players returning.

Among the returnees will be junior running back Cartavious “Tank” Bigsby, who will be a leading candidate to be the Class AA player of the year.

Bigsby finished the season with more than 2,200 rushing yards, and he had a 64-yard touchdown run early in the third quarter last week.

Two other returning players, Demetrius Coleman and junior wide receiver Jacob Freeman, also made an impact in the Rockmart game.

Late in the first quarter, Coleman threw a 69-yard touchdown pass to Freeman that gave Callaway a 10-7 lead.

Someone who will have to be replaced is place kicker Hunter Williamson, who made two field goals and both of his extra-point attempts against Rockmart.

Also exiting the program is senior running back and linebacker Qua Hines, who was so valuable to the team this season.

Midway through the third quarter, the Cavaliers were on the 1-yard line when Hines ripped off a 69-yard run.

That possession appeared to end with a touchdown, but it was negated by a penalty, and Williamson made a 30-yard field goal to cut Rockmart’s lead to 21-20.

Those were Callaway’s final offensive points of the game.

With less than six minutes to play, a Rockmart player was tackled in the end zone for a safety, making it a 28-22 game.

Following the free kick, the Cavaliers made it to the 8-yard line on a leaping 23-yard reception by Freeman in double coverage.

The Cavaliers were unable to get into the end zone, though, and the Yellow Jackets took over after the unsuccessful fourth-down play.

The Cavaliers got one last chance following Shepherd’s interception, but it was the Yellow Jackets hanging on for the thrilling win.