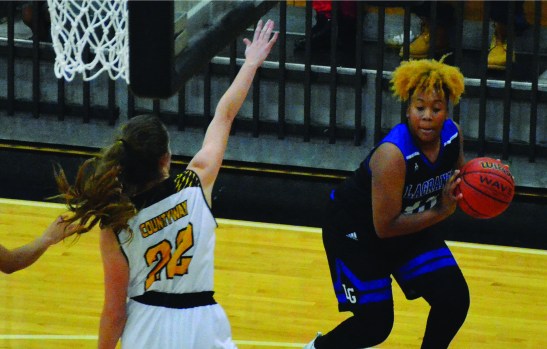 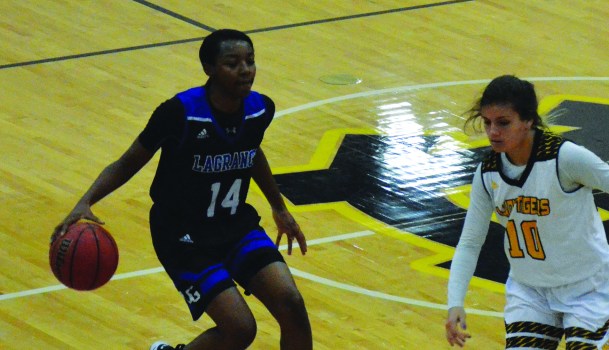 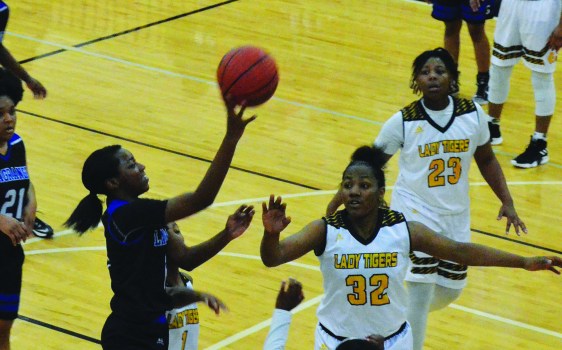 After opening the season with three straight wins, LaGrange was unable to keep pace with Harris County on the way to a 73-45 road loss on Tuesday night.

Things got away from LaGrange early in Tuesday’s game.

Harris County led 18-11 after the opening quarter, and it extended that lead to 41-22 at the half.

The Lady Grangers continued to struggled in the third quarter, and they were down 58-30 as the final period game.

While there was little doubt as to the outcome heading to the final quarter, Tuck stressed to the players the importance of sprinting to the finish line.

Senior Zaria Russell led LaGrange in scoring with 17 points, and she was 6-of-8 from the free-throw line.

Chaquave’ayr Robinson added eight points, and Carmen McGhee scored six points and she made all four of her free-throw attempts.

While it was a tough night for the Lady Grangers, Tuck believes facing talented, quality teams is important.

“That’s what you want,” Tuck said. “You don’t want to kill their spirit, but at the same time you want them to understand that there are a lot of other talented teams out there that can play basketball.”

LaGrange will look to begin a new winning streak when it hosts Callaway on Saturday.