Cavaliers on a winning streak 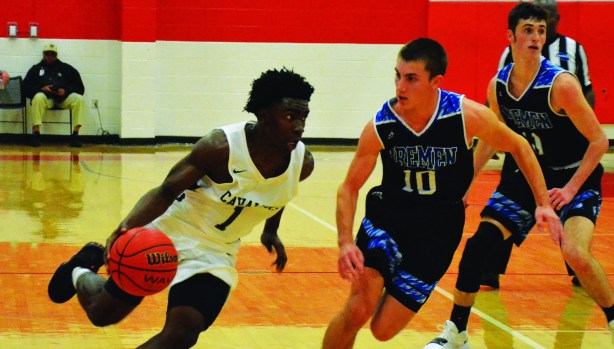 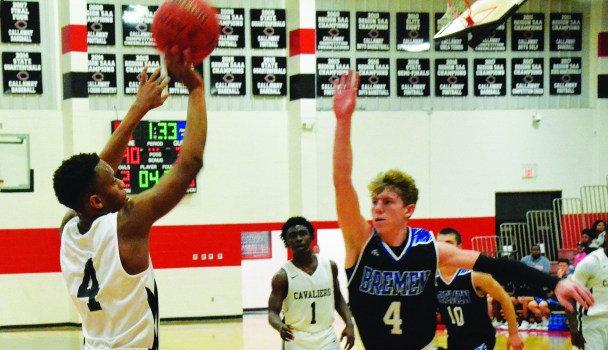 The Callaway Cavaliers are on their first winning streak of the season.

After Saturday’s impressive win over Manchester, Callaway made it two in a row with Tuesday’s 67-56 Region 5-AA victory over the visiting Bremen Blue Devils.

The Cavaliers improved to 5-8 overall, and they’re 4-1 in the all-important region games.

Callaway’s basketball team got a late start because so many of the players were members of the football team that reached the Class AA semifinals.

Now, a month after the first game, everything seems to be falling into place for the Cavaliers.

“I can see the maturity level rising,” Callaway head coach Terry Hayes said. “We’re getting smarter and smarter every game.”

Demetrius Coleman and Javontay Boddie, who got plenty of on-the-job training as freshmen last season, led the way with 17 points apiece.

Antinez Blount, a 6-foot-3 junior who did a nice job in the paint, added 14 points, and Duke Simpson scored 12 points.

“We’ve done a lot of work in practice,” said Simpson, a junior forward. “We just keep up the intensity, and coach Hayes keeps us fired up. We want it bad.”

The Cavaliers led 15-13 after the first quarter, and Boddie hit a 3-pointer at the halftime buzzer to give the home team a 33-22 lead.

The Cavaliers led by as many as 11 points early in the second half, but the Blue Devils hung in there and got within six on a Griffin Crook 3-pointer with 2:05 left in the third quarter.

Jacob Freeman went strong to the basket and scored with 30 seconds left in the third quarter to put the Cavaliers on top 42-34, and that was the score as the final period began.

The Blue Devils made a run early in the fourth quarter, and they got within five with 6:58 to play before Simpson knocked down a 3-pointer to push the lead back to eight.

Callaway’s lead was 10 when Bremen was tagged with a technical foul, and Boddie and Coleman combined to make four straight free throws, and the lead was 55-41.

The Cavaliers got the best of both worlds on their ensuing possession.

They not only ran nearly a minute off the clock, but they scored when Coleman made a nifty pass to Boddie, extending Callaway’s lead to 59-50.

Callaway led by at least seven points the rest of the way.

Callaway will look to extend its winning streak when it visits Jordan High on Friday in Columbus.