This is the second story in a series of features on the three finalists for Troup County School System superintendent. The features are being published in alphabetical order by last name.

Larry DiChiara is one of three finalists for the Troup County School System’s superintendent position. DiChiara currently serves as the president of an education-based consulting firm, SOY Education Associates, Inc., and has been working in education since the early 1980s. 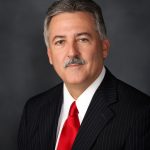 DiChiara’s current job as president of SOY Education involves helping school systems in various areas, including performing superintendent evaluations, conducting school safety audits and providing strategic planning help. He said he came up with the name SOY because many of the consultants were former Superintendents of the Year, including DiChiara, who received the honor in 2012 as the Superintendent of the Year in Alabama.

DiChiara has been interested in the Troup County School System’s superintendent position since it was first posted in the fall.

DiChiara said he actually reached out to the board asking if it needed an interim, but learned that Dr. Roy Nichols already had that position.

Then, after doing some research into the area, he decided to apply.

“After doing my homework, I thought Troup County would be a great fit,” DiChiara said. “I had experience in a county school system for 23 years. The difference was when I was in Lee County Schools, there were four high schools and an alternative school instead of three. But, the populations are very similar, the components are very similar in regards to athletics and curriculum and some of the challenges that we face, due to the distance of a county system.”

He started as a special education teacher at Loachapoka High School in 1981 before serving as assistant principal and principal at schools in Loachapoka, before moving to work in administration. In 2004, DiChiara was named superintendent of Phenix City Public Schools, a position he held until 2013.

DiChiara’s time in Phenix City ended with a non-disparagement clause he and the board signed after going their separate ways. As a result, both DiChiara and the board have been limited in what they can say publicly related to the split.

According to media reports at the time, DiChiara accused the Phenix City School Board of misconduct in a letter addressed to former Alabama Superintendent of Education Tommy Bice. According to a story in the Columbus Ledger-Enquirer in 2013, DiChiara accused the board of pressuring the administration to hire a family member and interfering with personnel decisions, among other things.

According to the article, he never sent the letter, and agreed to mediation with the board, but that did not solve the disagreement.

The Phenix City School Board voted in December 2013 to buy out DiChiara’s contract, and he said he was put on administrative leave as they settled a dispute over the remaining years on his contract.

“The search firm [McPherson and Jacobson], they got it all. I explained it all to them,” DiChiara said of his time in Phenix City. “They made their phone calls, they checked it out, they saw what I’d shared with them was all true, and they shared it with the board. If the board had any hesitations with it, I never would’ve made it to the top three.”

DiChiara said he was proud of the work he did in Phenix City and noted other opportunities he had at that time.

“I was named the Alabama Superintendent of the Year, I had universities asking me to teach and train their educational leaders, Troy asked me to be the commencement speaker at their graduation, and the state was asking me to come in and take over one of their toughest situations in the state,” DiChiara said. “That doesn’t happen to a superintendent that’s not a good superintendent.”

Following his time in Phenix City, Bice asked DiChiara to organize a team to lead the state’s takeover into Selma City Schools, which occurred five years ago this month. That’s how SOY Education Associates got its start, DiChiara said.

In Selma, DiChiara entered a school system that he described as being in “turmoil.” The takeover was necessary, in part, because a state investigation had uncovered academic and sexual misconduct in the district.

DiChiara said when he first arrived in Selma, an audit found 100 financial items that needed to be addressed, and there were three pages of legal matters involving the school system to deal with as well. He said by the time the takeover ended, all of the financial items had been corrected and only one legal matter was still undecided. Selma is no longer under state takeover, and DiChiara’s time there ended in 2015.

“We reached a point where once we felt like everything was settled, and we were moving in the right direction,” DiChiara said.

Regarding the Troup County search, DiChiara said he enjoyed reading the stakeholder feedback, which was compiled during the interview process. Various groups, including teachers, administrators and parents, were interviewed as part of the search and all of that feedback was given to the finalists. He said through that feedback he recognized several strengths, such as the “second to none” facilities that make up much of the Troup County School System. He was also very impressed with the system’s finances.

However, he also noted that administrators, employees and parents often gave different viewpoints on the same topic.

“There seemed to be a little bit of a disconnect between what the administrators were perceiving versus the employees, as well as some of the parents. Teachers often express that they wanted to feel like they were being supported and getting support from administration and so forth,” DiChiara said. “They expressed things like they want the superintendent to be more visible and come visit them more. That’s something that’s foreign to me, because I can’t sit in my office. I’m all over the place in my school district, and I know that’s something they’ll see improvement in right away if I’m the one selected by the district.”

All three finalists were asked about literacy scores, which are low throughout the TCSS, in interviews with The LaGrange Daily News.

“You start when you walk into the schoolhouse door on that first day,” DiChiara said. “The reality is it starts at home, and I say that because research has shown that when children are in the womb they are forming a sound map in their brain. That sound map is critical to the development of the acquisition of language skills.”

DiChiara said the key is to give assessments throughout the year to determine how students are doing, rather than waiting until the end of the semester. He said learning to read is the building block of all learning.

“Kids are learning to read in kindergarten through third grade, in fourth through sixth grade they are reading to learn,” DiChiara said.

DiChiara said he knows many educators in Troup County and has been through LaGrange several times, so he’s familiar to the area. He said he’ll be interviewing for the position at the end of next week.

DiChiara and Gina, his wife of 31 years, have three kids, Nicholas, Samuel and Anthony.

The Troup County School System has been looking for a new superintendent since August, when Cole Pugh resigned from the position.

Peggy Aune and Brian Shumate are the other two finalists for the position. The finalists were announced Feb. 4. Under Georgia law, the school board must wait at least 14 days before announcing the new superintendent.