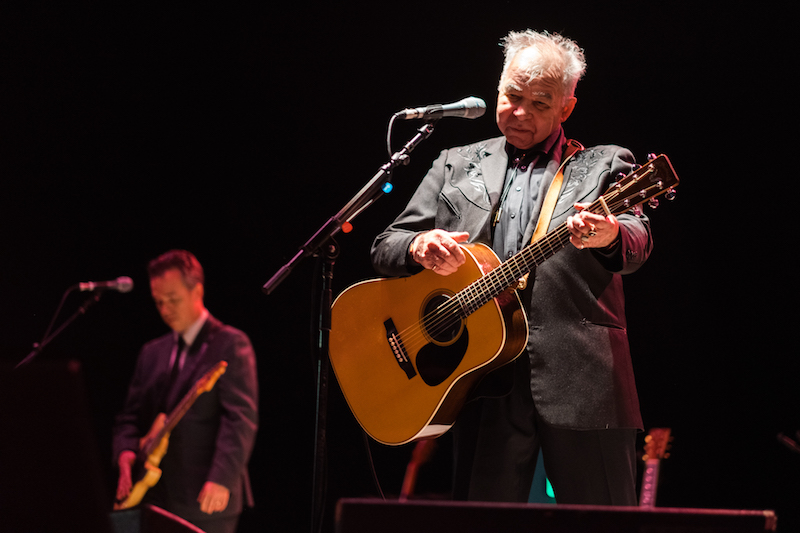 According to information from Sweetland Amphitheatre Director Keyal Loveland, 70 percent of concert attendees were from out of town, with people visiting from New York, Texas, North Carolina, Tennessee and Florida.

“We couldn’t be more thrilled about this season’s opening night,” Loveland said. “John Prine and Courtney Marie Andrews blew us away, and to be able to share this experience at Sweetland in LaGrange with 2,000 fans is one for the books.”

Now in its third year, Sweetland has featured a variety of acclaimed artists, and it is also attracting the attention of new residents.

Herren said that she had attended two previous concerts at Sweetland, and those experiences made her want to come back.

“It is a nice venue with a nice food and beverage selection. No matter where you sit, you have a good view because of the way they designed it,” Herren said.

The next concert in the 2019 Sweetland Concert Series will feature eight-time Grammy award winning blues artist Buddy Guy on May 3. For more information or to purchase tickets, visit www.sweetland.events.

Walk A Mile in Her Shoes event coming