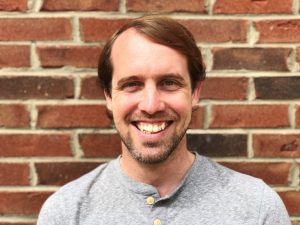 Before being hired by UGA Cooperative Extension, Lillebo served as an Accountability Based Sexual Offender Program Garden Manager for Auburn University, where he worked to educate youth from a long-term detention facility on horticulture. He also served as the Founding President of the Organic Garden Club in Auburn, Alabama, where he was successful in creating a composting program to collect organic matter from campus and the surrounding area to make compost. Lillebo graduated from Auburn University with a bachelor of science degree in horticulture and is currently pursuing a master of education degree in agricultural education.

As ANR Extension Agent, he will be responsible for providing leadership in developing, implementing and evaluating educational programs in agriculture and natural resources in order to help combat social, economic and environmental issues in Troup County. With his experience in horticulture and passion for expanding and promoting agricultural education, he will become a great asset to the local agriculture community.

He said he is excited to begin the role and to immerse himself into the agriculture community of Troup County.

“I am excited to become more ingrained in the local agronomy and to be able to connect citizens with more readily available information surrounding natural resources in order to maximize agronomy efforts,” said Lillebo.

Lillebo currently resides in Auburn with wife, NaTasha, and their three daughters Anastasia, 11; Madison, 9; and Emma, 7. He is looking forward to getting his family involved in all aspects of the Troup County community.