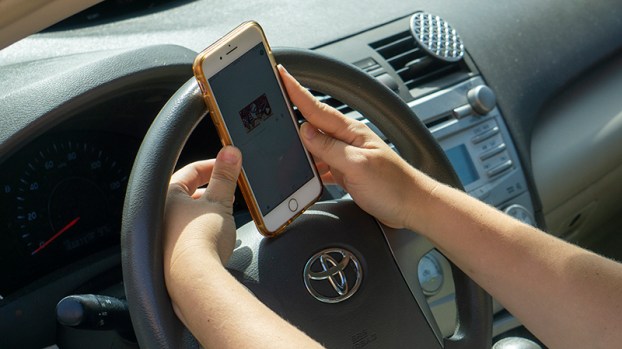 Since the passing of the Georgia Hands Free law on July 1, 2018, a number of citations and warnings have been issued to drivers in LaGrange and Troup County.

According to Lt. Mark Kostial with LPD, the department has issued 237 citations and warnings for that particular offense in the past year. Kostial also said that wrecks have been down 4 percent.

“I can’t say it is directly correlated to the law being passed,” Kostial said. “But when you compare the wrecks that have occurred on the 12-month period versus the previous year (before the law was passed) you see wrecks are down.”

“This law is much improved compared to the previous law,” Kostial said. “This has had a significant impact on our community.”

The LPD also administered approximately 600 warnings and citations in the past year for drivers violating seat belt and child restraint laws.

In the same time span from July 2018 to June 30, 2019, Georgia State Patrol Post #2, which covers Troup County and Harris County, made 911 contacts, which takes into consideration citations and warnings.

“I would certainly say it is a good law, due to the fact it keeps people up and on the road, where they need to be,” Sgt. Stewart Smith, public information officer with Troup County Sheriff’s Office said. “Any form of distraction that takes focus away from the driver is never good. This law is needed due to the fact anything you can do to keep drivers focus on the road is good.”

On a state-wide scale, the Georgia Department of Public Safety said that there have been 24,862 citations issued for not following the hands-free law.

Officials urge use of common sense around lake, pools

Local officials are urging water safety ahead of the busy Fourth of July weekend, when more people are expected to... read more