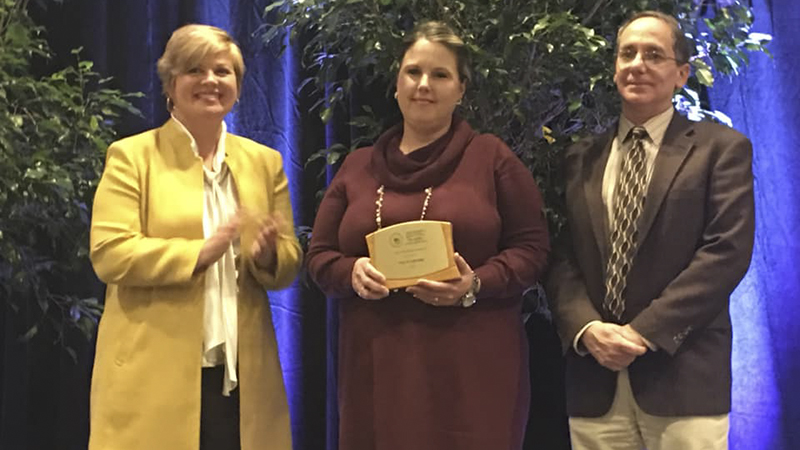 On Thursday, the City of LaGrange received the first-place Keep Georgia Beautiful Foundation’s Litter Prevention Award, for the government entity.

In April 2018, City Manager Meg Kelsey created the campaign “Keep LaGrange Better Than We Found It,” to lead by example.

“I was very excited and proud to see the city’s efforts recognized on a state level,” LaGrange Mayor Jim Thornton said. “The city and its employees have done great work addressing litter, and clearly, that work has been recognized as significant. A lot of credit goes to Meg Kelsey. This was her initial idea, and she has been a big champion for it.”

After facing a litter problem in the city, in January 2018, all the city and county elected leaders met and said they had to do something about it.

“Meg and the mayor discussed it and they wanted to focus on an education base,” City of LaGrange Marketing/Communications Manager Katie Mercer Van Schoor said.

Kelsey shut down the city government for a day in April 2018, and approximately 400 plus city employees and volunteers took to the community to pick up trash.

“We are honored to be recognized by Keep Georgia Beautiful for our litter prevention efforts,” Kelsey said. “The fight to address litter is a state wide initiative and working in collaboration will make all the difference. There is much work left to do and I hope the community will continue support our efforts.”

Van Schoor said that the slogan came from when city council member Nathan Gadskin said his mother always told him to leave things better than he found them.

Last year, the city won second place in the competition.

“We are really proud to win first this year because you don’t always win again,” Van Schoor said. “We are very excited and honored to be recognized again.”

To qualify and win the award, the city had to compile a detailed submission that included the background of the program, how it was executed and the overall success of it.

Each month the city consistently partners with a business or organization and hosts a litter cleanup at a different location in the community.

Van Schoor said the city is also intentional about getting partners every month.

“That has been extremely successful,” Van Schoor said. “We’re going to keep partnering with the same people, and I’ve been trying to reach out to businesses around the area, so that, you pick up trash or just know we’re out there.”

The main goal with the program is that locals will follow suit in the city’s example and think twice before littering.

“We’ve come a long way, but still have a way to go,” Van Schoor said.