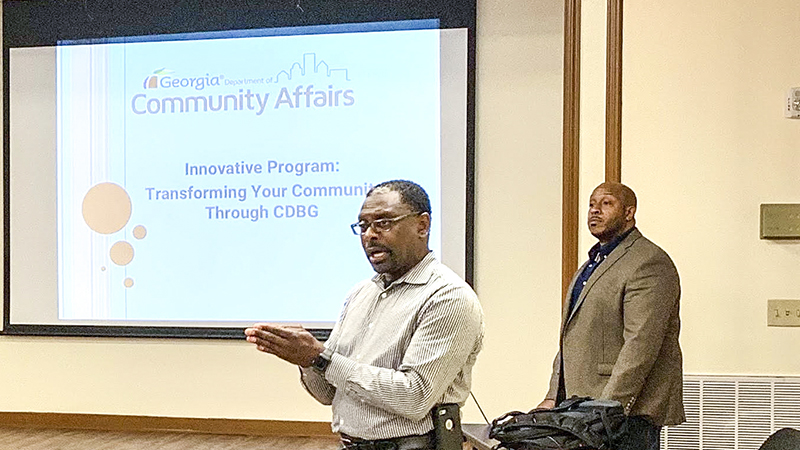 The City of LaGrange is hoping for a grant to revitalize a portion of the Whitesville Road Corridor.

The city has preliminarily applied for a Community Development Block Grant worth up to $2 million. West said the city applied back in November and was asked for a further application through the Georgia Department of Community Affairs.

One of the catches with community affairs dollars is that they must be spent on low to moderate incoming households, West said.

“That is one of the targets we have to focus on when we get these funds,” he said. “It has to go toward eliminating blight within the community.”

Part of those plans would be establishing a community training center where individuals can obtain trade skills such as carpentry, HVAC or plumbing skills. Next, Cooper said the funds would go toward renovating several homes on Butler Street. The initial plan calls for the relocation of those tenants temporarily while the students from the training facility repair the houses from the ground up.

“This will be a funnel system for years and years to come,” Cooper said. “Instead of taking those dollars for a few hours, we can give people the talent they need to keep this going for years.”

He said eventually the plan would call for implementing grocery and retail stores in the area to eliminate food deserts.

“We want to put every available amenity in our community and walking distance,” Cooper said.

West said the city could be granted up to $2 million of a $4 million pot. There are funds set aside from the 2018 and 2019 Community Block Grants for these projects.

Although the city is hoping for the full $2 million, it is competing with four other communities, so it could be less. West said Bartow County, Hogansville, Macon County and Douglasville are all vying for a chunk of the $4 million.

The city has until Feb. 14 to turn in a full application about its vision for the funds, and West said they should have a decision by the middle of March. He said if this goes through, he feels like it would make a big impact on the LaGrange community.

“We feel like is going to be a game-changer for this community and could possibly be looked at as a best practice for other communities,” West said.

He said the long-term vision for the project and the implementation of the training facility is to allow young people to get hands-on experience and then give them a place to stay within the community.

“I don’t want that talent to leave our community,” West said.

Cooper is also excited about the projects but also has realistic expectations.

“This is not going to happen overnight,” he said. “It will take some time and a lot of funding.”