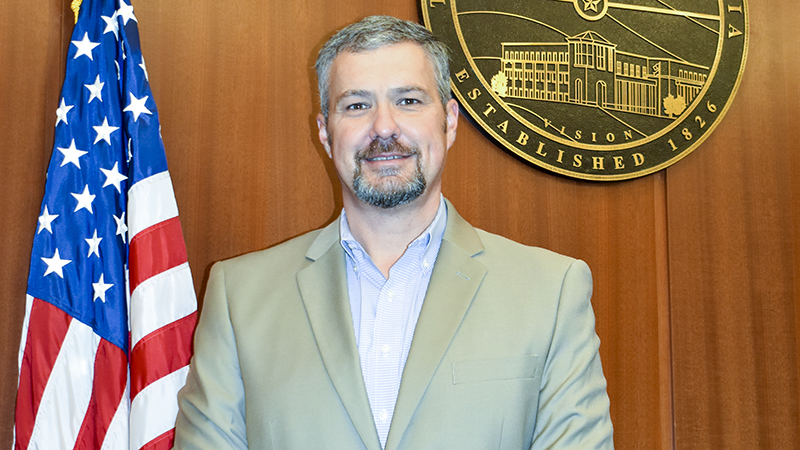 Shane Frailey has announced his intentions to re-run for the office of Troup County Tax Commissioner.

Frailey is a 26-year law enforcement veteran in Troup County and has spent the last four years as tax commissioner.

Frailey said while serving as tax commissioner, he has taken pride with providing an open door to his office. He said collecting taxes can be a difficult job at times, but he said he treats every citizen with respect.

Frailey said when he ran in 2016 he set three goals: (1) He would open the tax office at 8 a.m., as it used to open at 8:30 a.m., (2) he would remove the automated phone system so people could speak to a real person, (3) he would make our office more efficient and more customer-friendly to streamline everyone’s time in my office. He said he made those changes his first day in office.

Other accomplishments Frailey is proud of include: he took over the levy process of mobile homes so the tax commissioner’s office would relieve the Marshall’s Office from using their resources to assist in the levy process.

Frailey said his office runs with a total of 10 employees counting himself, while other tax offices with a similar population have upwards of 15 employees. He believes this is another benefit to the citizens.

He is married to Kelly Story Frailey and has four sons (Luke, Wyatt, Jared, Cody) and four grandkids. Frailey is a member of Callaway Baptist Church, Lions Club of LaGrange, GATO, COAG, WellStar Insider, and President of the Troup High Alumni Association.

He can be reached at his office phone at (706) 883-1620 or Shane Frailey Troup County Tax Commissioner on Facebook.

Leggin’ for Literacy to host 20th 5k and fun…